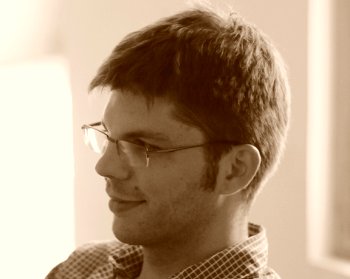 My professional path of independent curating has been influenced by the practices of two exemplary figures in Yugoslav contemporary art, both of them being female and radical critical curators in their respective working context: the 1960s and 1970s Belgrade /Biljana Tomic/ and the 1980s, 1990s and 2000s Ljubljana /Marina Grzinic/. Consequently, this path has been gradually developing around my personal experience of a precarious, hyper-nomadic, international orientation. 'Nomadism' is here understood (1) as a way of establishing relationships of critical enagagement with each and every new cultural destination around the globe, (2) as a form of (material and immaterial) production that critically investigates the potentiality of autonomy nowadays through the positions that are being constantly re‐articulated, and also (3) as a way of radical non acceptance of any status quo. In the ‘spirit of expatriation', a profound sense of dislocation, and the atmosphere of Duchampian exile, this is the position that, in my opinion, defines a new ethics of independent life of migrating subjects and dispersed experience in our own globalized world. The practice I have been constructing so far, rather then pursuing any existant and already established working pa`ern (be it in the domain of institutional or independent curating) seeks to understand the logic of the cannibalist modes of survival under the laws of capitalism; this abtude, I believe, reveals the aspects of urgency today more than ever before ‐ in the times of political disorientation, economic fundamentalism, financial despair, decrease of cultural values and 'failure' of historical promises. Such a practie, to a certain extent, does refer to the modes of curatorial existence and strategies of display as known in the brief history of curating; however, instead of parasiting upon the given parameters of any myth‐bounded historical predecessor or (curatorial) figure of power, it primarily aims at creating a mythology and iconography of its own. This comes from the need of breaking up the boundaries between the self‐enclosed fortress of the artsystem and its 'outside' systems of reference, in a way that does not only visually simulate or replicate the atrocities of the everyday life, but a`empts at inspiring their modest and gradual transformation on a microlevel.
Based upon a long-term commitment, situated within the coordinates of an inclusive and citizensoriented democratic structure - where an art exhibition and curatorial engagement around it make only a segment of public opinion building - my political and personal vision of curatorial profession conceives of such a determination.
In order to re-articulate and produce a critical, sustainable and situated perspective pertaining to the most actual state of public opinion in relation to the ideas and experiences (or the lack of experience) of autonomy, personal freedom, and the ways of individual behaviour within the given (political and ideological) coordinates of a contemporary social milieu, I have been always insisting on a radically different way of being (or non-being, in tigamben's terms, if I may use this - already overwhelmingly present - theoretical cliché). In such a way, my work is based upon the processes and practices of a gradually transformative social body, generated by a collective working experience among the citizens (rather than professional visual artists exclusively) and
through an informal network of knowledge-share, critical dialogue and common (yet always conflictual) spheres of interest.

Biography
Art historian, critic and curator based in Belgrade (Serbia). Member of IKT – International Association of Curators of Contemporary Art. BA in Art History at the University of Belgrade, Faculty of HumaniDes (Art History Department, 2003). MA in Cultural Policy and Cultural Management at the University of Arts in Belgrade (UNESCO Program, 2005); MA Thesis (Status of Curatorial PracDces in the Post-Socialist Condition) under the supervision of Prof. Misko Suvakovic, University of Arts Belgrade, 2005. Since 2001 active in various international programs (Artists Space Gallery, New York; Guggenheim Collection, Venice; SKC Gallery, Belgrade). His research interests range from interdisciplinary analyses of contemporary visual arts, the politics of education, and curatorial studies to art theory, and political, social and economic aspects of aesthetic discourses. He has been curating projects and exhibitions in Serbia and abroad, among which Splav Meduze (upcoming); Never Means Nothing; Contrasted Working World (CWW); Art as Op:on for Ac:on; Private Dancers; A Life Less Glamorous; Dis-Economy of Life; Beograd nekad i sad; Micropol. He has participated in numerous international curatorial programs (South Korea, Spain, Armenia, Italy, Germany, The Netherlands) and has been lecturing in Egypt, France, Italy, Austria, Belgium, Slovenia, Croatia, Macedonia, Hungary, Romania, Switzerland, Turkey, Portugal. His writings on contemporary art have been published internationally: MetropolisM (Amsterdam), art (Belgium), InSIGHT (Bucharest), Pavilion (Bucharest), Plato(Istanbul), Umelec (Prague), Revolver (Frankfurt a/M), Inferno (Scotland), Zarez (Zagreb), ARTmargins (California, USA). In 2007 he edited and published a theoretical reader entitled "art-e-conomy" as part of a self‐organized curatorial plaform dealing with the points of intersection between the contemporary art practices in the South East of Europe and the economic paradigm shig of the societies in transition. He is a recipient of awards and grants from, among others, American Center Foundation (New York), Unicredit Bank (Milan), and CEC ArtsLink (New York).