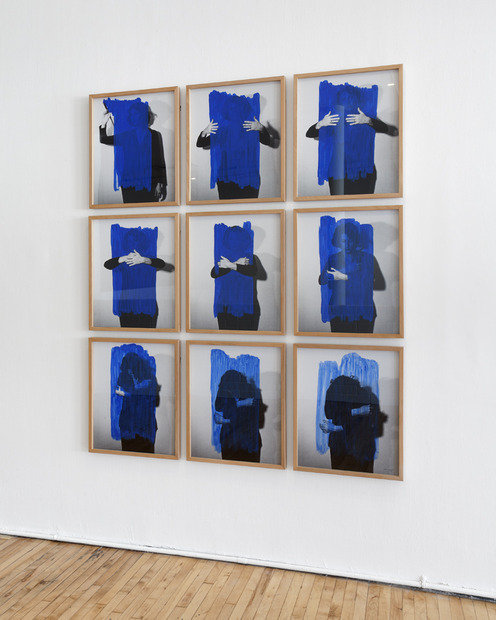 When she came looking for B’s grave a few months after he died in the Hotel de Francia in Port Bou, A found nothing. Nothing, that is, other than one of the most beautiful places she had ever seen. “It was not to be found,” she wrote S shortly afterwards, “his name was not written anywhere.” Yet according to the records provided by the town hall of Port Bou, one of B’s traveling companions, Frau G had paid out seventy-five pesetas for the rental of a “niche” for five years on September 28, 1940, two days after B died from what was diagnosed by the local doctor as cerebral apoplexy, but is generally understood to have been suicide by a massive overdose of morphine tablets.

Yet name or no name, the place was overwhelming.

“The cemetery faces a small bay directly looking over the Mediterranean,” wrote A. “It is carved in stone in terraces; the coffins are also pushed into such stone walls. It is by far one of the most fantastic and most beautiful spots I have ever seen in my life.”

S was not impressed. Years later he seemed downright dismissive, bringing his book-length memoir of B to an end with these words: “Certainly the spot is beautiful, but the grave is apocryphal.” It was an abrupt and sour note on which to end the story of a life, as if the dead man and therefore we, too, had been cheated of an ending, and what we had gotten instead was a suspension, a book whose last page was missing.

Art in General is pleased to present The Picnic, a solo exhibition by Lithuanian artist Antanas Gerlikas, on view at Art in General’s Musée Miniscule from September 21 – October 19, 2013. The Picnic marks the first exhibition in a yearlong curatorial residency with The Gardens, a space for exhibitions located in Vilnius, Lithuania.

The Picnic stems from a double source – modernist imagination and labor. Gerlikas employs the most traditional materials of modern sculpture, wood and brass, which require specific knowledge and meticulous hand production even if the three pieces obdurately resemble found objects, either from nature or distant cultures. The artworks in the exhibition travel through time, encompassing Brancusi-like forms and futuristic velocity of thought and movement that only a sculptor can dream.

The Picnic verges on the quotidian – be it a musical instrument, a stick, or a signature – the pieces hinting at their resemblance to existing prototypes in the world. It is a collection of quasi-objects, which as French philosopher Michel Serres asserts are not quite natural, nor quite social. “As if though I would be carving a chair and would make a move, a slight change in the direction of producing it, and in the end it would be a chair and at the same time something else,” says Gerlikas. An artist attempts to craft objects, which would not exist in a world before. Though the very instant that an object comes into sight, it bears a meaning and a function. Imagine a strange object found in an archeological expedition, instantly brought back to life because someone names its technology and recalls what it is. With The Picnic Gerlikas welcomes a viewer for meeting, sharing and noncommittal socializing while recognizing the objects on a black table and next to it as an exercise or a technique for keeping an individual memory inscribed and passed over.

The Gardens is a project space founded by two curators Inesa Pavlovskaite and Gerda Paliusyte in Vilnius, Lithuania and dedicated to the practice and dissemination of Lithuanian contemporary art in Lithuania and abroad. The Gardens is mainly working with the younger generation of artists but also organizes cross-generational projects as well as programs concerts and screenings in the premises of Vilnius planetarium where it is originally located.