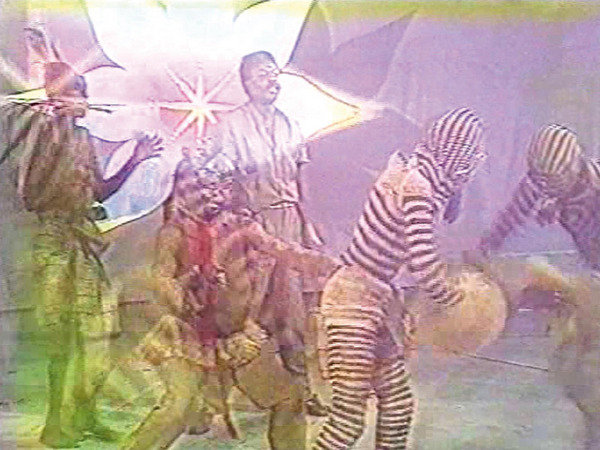 The program for the 2010–2011 season for Kaleidoscope’s project space is curated by Michele D’Aurizio and Eva Fabbris. Evocatively structured around the theme of an “escape plan,” the programming focuses on artistic, project-related and critical-curatorial practices that reflect on the themes of alternative scenarios and “counterprojects,” and in doing so, discuss their own relationship with history and tradition. The program strives to identify within these practices a subversive or critical nature with regard to the status quo.

On Monday, February 28th, Kaleidoscope's project space will inaugurate the third set of five annual workshops, which are led by Simone Bertuzzi / Palm Wine, Gianluca and Massimiliano De Serio, Vincenzo Latronico, and Salottobuono.
Each workshop will consist of five meetings that will be held between October 2010 and June 2011. The workshop format is intended to develop a continuous dialogue with the public of the project space within the context of annual program. Bertuzzi, De Serio, Latronico and Salottobuono have been invited to present a research project suggested by their practice and discuss their working methods with the public.
Through these four workshops, Kaleidoscope’s project space will provide new opportunities for elaborating aspects of the creative process that are usually hidden from view. It will act as a place where the public can experiment with a discursive approach to artistic methods. The workshops are founded on an interdisciplinary approach that opens up the discussion of the visual arts to considerations about music, cinema, architecture and literature.

Simone Bertuzzi / Palm Wine (Piacenza, b. 1983) is a visual artist and a member of the collective Invernomuto. Since 2009, he has curated the blog Palm Wine, which attempts to define the post-colonial world by looking at its musical productions. Through guided listening and encounters with other researchers, Bertuzzi will address the chronological and geographical stratifications that mark the hybrid sonorities specific to much contemporary musical production.

Gianluca and Massimiliano De Serio (Turin, b. 1978) are filmmakers and visual artists. In their work, they adopt classic strategies from cinéma vérité to discuss communities striving for recognition and self-representation. Through a series of film and video projections, the De Serios will reconsider cinematography’s possibilities for triggering a new orality.

Vincenzo Latronico (Rome, b. 1984) is a writer. He published a novel and a play with Bompiani. He also writes about art for Domus. Latronico will structure his workshop around the literary genre of auto-fiction, investigating the forms of first-person narration between autobiography and literary fiction through readings and encounters with authors and critics.

Salottobuono (Venice, b. 2005) is an architecture studio and think tank. The studio takes on urban space by elaborating diagrammatic analyses and delineating paradoxical and dystopian visions. For their workshop, Salottobuono will propose a reconsideration of Superstudio’s “five stories” or “five fundamental acts” in order to update the experiment of Architettera Radicale Italiana.

No registration required. No enrollment fee. Workshops led in Italian.