The two-day symposium emphasises the relationship between the waning political and practical imperative of social housing and the broader conceptual or philosophical idea of 'housing the social'. 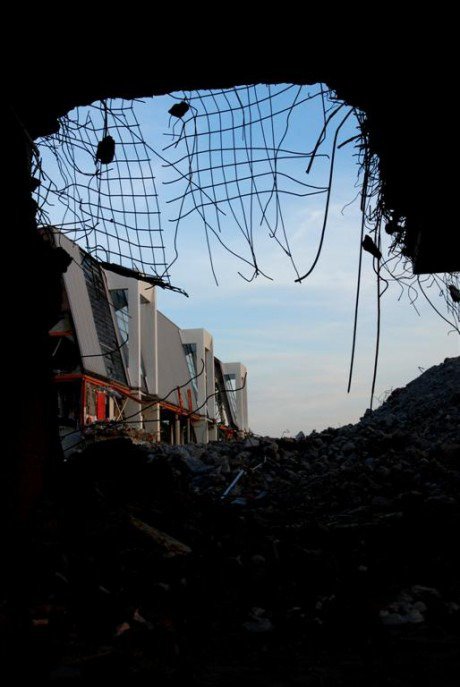 A two-day symposium on November 4 and 5, 2011 that emphasises the relationship between the waning political and practical imperative of social housing and the broader conceptual or philosophical idea of 'housing the social'.

The second edition of Actors, Agents and Attendants, a series of symposia initiated by SKOR | Foundation for Art and Public Domain.

Given the increasing global conditions of unequal wealth distribution, and the specific urgency brought about by cuts in social and cultural funding in the Netherlands, can forms of cultural production be reclaimed as tools with which to design and defend social space, or are the agents and engineers of such projects merely tools in the further decoration of reduced welfare rights? What do we want cities to accommodate today? What is the legacy of the utopian ideals of the '60s and what alternative plans for living together in cities are being incubated now? How do we deal with the very real problems of social division brought about by poverty, migration, addiction, lack of representation? What roles do artists, designers, architects play in this process?

A house is a place where people and ideas gather and find shelter, a place where sociability is rehearsed and produced. Social housing, housing built on a multiple scale, is the replication of this model in towns and cities on political grounds: a spatial commitment on the part of governments to building on the basis of broad social needs and ideals. Social Housing - Housing the Social brings together contemporary artists, architects and designers working on new ideas and models for urban living with politicians, planners, activists, urban theorists and city development agencies, to investigate and challenge the ways in which housing is imagined, commissioned and implemented. In the context of welfare's erasure and replacement by reduced cost models of volunteerism and self-help, where is the house - the home - of the social now?

Contemporary capitalism in the West has promoted its growth on the ideal of house-ownership (with recent catastrophic financial effects) resulting in the reconceptualisation of public and private space. For this reason, social housing - the provision of homes for those on no or low income - is an idea destabilised through the shrinking of Welfare State models of social provision in Europe and the USA. In the Netherlands, a strong tradition of social housing is changing in light of new forms of privatisation and public private partnership; in other global locations housing is a political tool used to both maintain and produce new forms of power, new tools of both revolution and corruption. Populations are destabilized at a transnational scale; forced to move in search of a cheap, safe, affordable and secure ways of living. In this context does housing also emerge as a new division between global frameworks of provision?
The Role of Artists and Architects

Artistic, architectural and curatorial initiatives over the past five decades have variously depicted and intervened into this unevenly developing urban condition with mixed results. Through many models of housing ranging from utopian to pragmatic, we see that artists' ideas are often connected to their modes of living, from collaborations and collectivities to communes, squats and self-governing 'states.' Here, the relations between housing the social, public and private developments and exemplary forms of artistic capital become confused and potentially contradictory. On the one hand, exemplifying a romanticised ideal of nomadic homelessness and urbane aestheticisation, on the other developing discrete practical interventions in particular communities and situations, artists, architects, planners and curators house spaces for social activity in its widest sense - from city-scale community commissions to temporary shelters for small performances and invisible acts of citizenship. What value is to be placed on these practices? How are they understood by, on the one hand, commissioners, and on the other, users?

Actors, Agents and Attendants is a series of symposia initiated by SKOR | Foundation for Art and Public Domain.

SKOR | Foundation for Art and Public Domain is an internationally operating art institution based in Amsterdam, which advises, develops and creates art projects in relation to public spaces. SKOR forms alliances and partnerships with art institutions, central and provincial governments, healthcare and educational institutions, project developers and architectural offices, in order to create a collective platform for art in public domain. The projects organized by SKOR react to socio-political changes in society and new developments in contemporary art, urban design and landscape architecture. Through addressing such current topics, SKOR contributes to the debate about the politics of the public domain.

The complete program is on the web-site
http://www.skor.nl/eng/site/item/actors-agents-and-attendants-ii-programme