A festival of non conventional art, communication guerrilla, radical entertainment. Adventures and visionary experiences at the heart of the information society. A headlong race of participatory street-art projects, acts of symbolic sabotage of Russian power, the energy of a post-religious, anti-consumerist preacher and digital folklore. 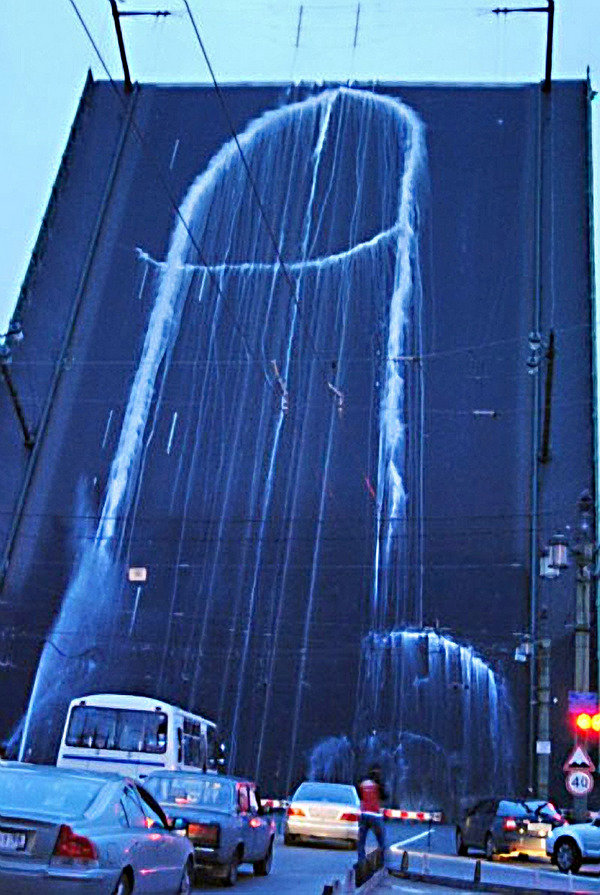 An anomalous, intense, thrilling festival that offers the public experiments with communication, radical adventures and visionary experiences at the heart of the information society. A headlong race of participatory street-art projects, acts of symbolic sabotage of Russian power, the energy of a post-religious, anti-consumerist preacher and digital folklore on 2.0 networks.

With the participation of: Biotic Baking Brigade, Constant Dullaart, Evan Roth (F.A.T.), Jill Magid, JR (Inside Out Project), Reverend Billy & The Church of Earthalujah and Voina.

Abandon all certainties and join us for a week-end with the authors of amazing visionary projects that cross over the arts, experimental forms of activism, and personal explorations into collective imagination. Get yourself thrilled, outraged, inspired by razor-sharp stories that cut through the white noise of our daily routine, contagious ideas that turn the uncanny into some unexpected surplus of sense. This world looks normal until you watch it through The Influencers' special lens!

With the participation of:

Street-artist & photographer
JR
and the global Inside Out Project

The astonishing investigations into surveillance, secrecy, intimacy and invisibility of
Jill Magid

Voina
the most wanted art collective of Russia

...And finally, for the first time since The Influencers #1, the post-religious preacher

Reverend Billy & The Church of Stop Shopping!
(a.k.a. The Church of Earthalujah) will once again open our eyes and lead us to the unexpected!

Inside Out Barcelona
"Contracaras" / Flipsides

Inside Out is a collaborative large-scale project that allows anybody with a camera to send a portrait, get it printed in large format and share it with the whole town to transform personal identities into collective messages, ideas, projects, battles.
Here's the challenge: making a photo portrait in black and white of a face, it can be you, a friend, a person you met, your local hero. Someone who lives in Barcelona or Catalonia, with a story worth telling. In a few days you'll get a large format poster with your portrait and you'll paste it in public on a large collective collage. What you'll paste is a face, an identity, ideas, dreams and beliefs that you want to stand up for.