Performance, screenings, and lectures. The 35 artists, art collectives, and curators from 24 countries currently in residence at ISCP present work in their studios. 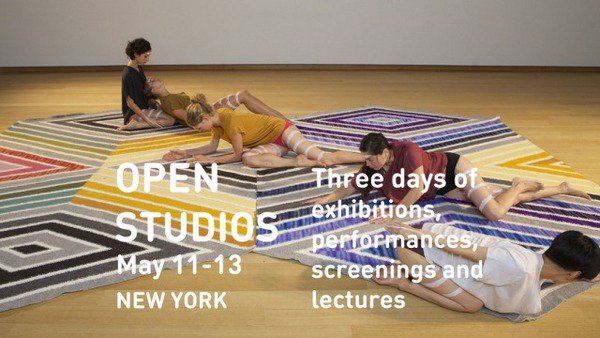 The International Studio & Curatorial Program (ISCP) Spring Open Studios is a three-day exhibition of international contemporary art. The 35 artists, art collectives, and curators from 24 countries currently in residence at ISCP present work in their studios. Open Studios offers the public access to innovative contemporary art practices from across the globe, providing an exceptional opportunity to engage with the production, process, and archives of practitioners working with a diverse range of media, approaches, and concepts.

Alongside Open Studios, ISCP’s gallery is the site for a continuous program of time-based events including performances, screenings, and lectures that address how the concept of time is both constructed/deconstructed and employed through artistic production. Unfolding over the weekend, time is used as a material for eight separate events by ISCP residents and Brooklyn-based artists and their collaborators.

The gallery, transformed by SLO Architecture (Amanda Schachter & Alexander Levi with Robert Wrazen), incorporates a specially designed platform for these events that functions alternately as a flowing canopy for presentation and communal tables for conversation. The lifting and lowering of the platform brings a spatial, performative, and temporal rhythm that mirrors the events taking place.

Performances, screenings, and lectures
Friday, May 11
7pm Jennifer Tee, A woman’s mind might resemble a room

About ISCP
The International Studio & Curatorial Program (ISCP) is a leading nonprofit, residency-based contemporary art institution for emerging to mid-career artists and curators from around the world. Founded in 1994, ISCP has hosted over 1,500 artists and curators from more than 55 countries. As the largest international visual arts residency program in the United States, ISCP acts as a catalyst for the research, production, and commissioning of contemporary art through three integrated areas: the Residency Program, Exhibition Program, and Participatory Projects.