'All-in' is the portrait of an image in the making, Booba's portrait as drawn by Bourouissa, transposed into metal thanks to the techniques and crafts of the Monnaie de Paris finest engravers. 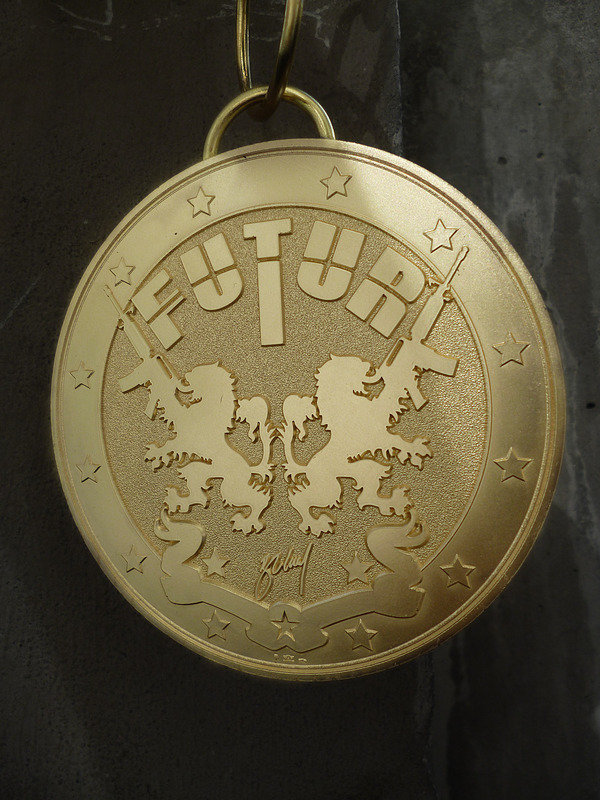 Two worlds are colliding: the world of Monnaie de Paris, the oldest French institution, and the world of rap music. All-in is the portrait of an image in the making, Booba’s portrait as drawn by Mohamed Bourouissa, transposed into metal thanks to the techniques and crafts of the Monnaie de Paris finest engravers. The movie is an invitation to look behind the scenes into the creation of coins. The video is slow-paced and thorough, not unlike the craftsmanship and care necessary to produce them. Mohamed Bourouissa’s proposal to address such a brief event is to include Booba into the industrial process of Monnaie de Paris in a way that the place - full of heritage - where money is still minted everyday, becomes the playground of the famous French rapper.

Emerging international artist, Mohamed Bourouissa arose to fame with photographic series about the young people living in the suburbs of Paris. The way they were staged was reminiscent both of the news broadcasts and of motifs from old masters like Gericault, Caravaggio or Vermeer. Using a wide variety of artistic practices, his work continues to strongly capture topics often put in the margin of society, like with his film Temps mort, an SMS dialogue between the artist and an inmate. Caught between poetry and realism, the scenarios imagined by Mohamed Bourouissa are exploring the social and economical problems at stake in the so-called inner cities while addressing the relationship between these population and the figures of authority with a very personal empathy.

Elected best actual French rap artist by 2Kmusic and best French rapper of all time, Booba already sold more than a million records with LPs like Ouest Side, 0.9 or Lunatic. Self-proclaimed materialist, he wittingly describes his life according to the American rap canon: expensive cars, gangs of girls, jewelry and tatoos. But Booba isn’t all looks: his raspy flow supports a very personal songwriting made of metaphors and daring neologisms.

For Nuit Blanche, Monnaie de Paris will produce two editions created by Mohamed Bourouissa: a token with Booba’s effigy and a medal that will be worn in forthcoming music videos.

Artistic biography of Mohamed Bourouissa
Born in 1978 in Blida, Algeria. He lives and works in Paris.

An unmissable event: Saturday 6 october from 7pm to 7am