A platform for emerging European artists, curators and art professionals to connect and collaborate 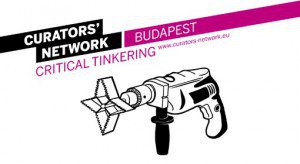 A platform for emerging European artists, curators and art professionals to connect and collaborate. Between 9th and 12th of October 2012, the Studio of Young Artists' Association (SYAA) will organize the next encounter of Curators' Network at the Ludwig Museum, Budapest. The Curators' Network gathering in Budapest is the third in a series of meetings in five European countries between 2011 and 2013. The Budapest event will allow Hungarian artists, curators and other art-professionals to exchange ideas with their European counterparts, stimulating dialogue, debate and communication with a focus on establishing ties of international collaboration. Curators' Network is set up by curators and cultural managers of Spain, Austria, Romania, Poland and Hungary. The goal of this union is to promote promising artists and projects throughout Europe, who still feel the lack of international exposure. The working method of the network is very simple: each member of the network invites the other members and other European curators to his home country and gives them an insight about their local contemporary art scene. The SYAA has invited a wide range of international curators to come to know the works of 20 emerging Hungarian artists, chosen through an open application process. The public events of Curators' Network Budapest include presentations and a portfolio-exhibition. Portfolio-exhibition and public presentations 11th and 12th October 2012 h 3pm - 8pm.