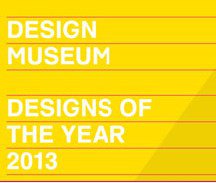 The Design Museum announces the seven category winners for the annual Designs of the Year Awards. The awards celebrate the best of international design from the last 12 months. The overall winner for the Design of The Year 2013 will be announced on Wednesday 16 April at an awards evening held at The Angler, South Place Hotel, London. The seven category winners include GOV.UK, a new British government website which promises to revolutionise governmental online communications, bringing together different government websites into one single site making it a much easier and user friendly service. Oher winners include the renovation and reimagining of a faded 1960's tower block in Paris, a landmark documentary an fashion icon Diana Vreeland, a reinvention of the wheel in the form of a unique folding wheel which can be applied to bicycles and wheelchairs and a chair constructed using the latest computer technology.