Performance by Brendan Fowler. Presented in conjunction with the exhibition 'New Photography 2013' 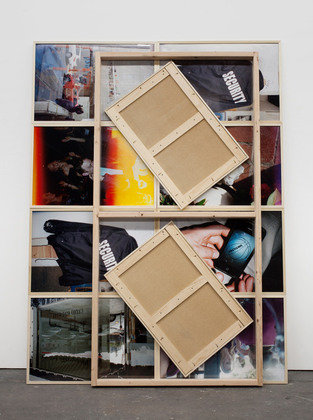 And Martin is a radical update of BARR, the performance/band for which the artist first became known in the early 2000s. Taking the prior project's deconstruction of the pop singer as a starting point, this new performance mines a wider field of both the stand-up show and the TED Talk. Presented in conjunction with the exhibition New Photography 2013 that presents recent works by 8 international artists who have expanded the field of photography as a medium of experimentation and intellectual inquiry. Brendan Fowler (American, b. 1978), a musician and visual artist, overlaps up to four framed pictures by literally crashing one through another, thus mixing photography and performance. (Image: Winter 2011-Fall 2012. 2013. Pigmented inkjet prints, frames, wood, 255.3 x 188.6 cm. Courtesy the artist and UNTITLED, New York). Free with Museum admission.