A concert for 'Nomadic Nights' 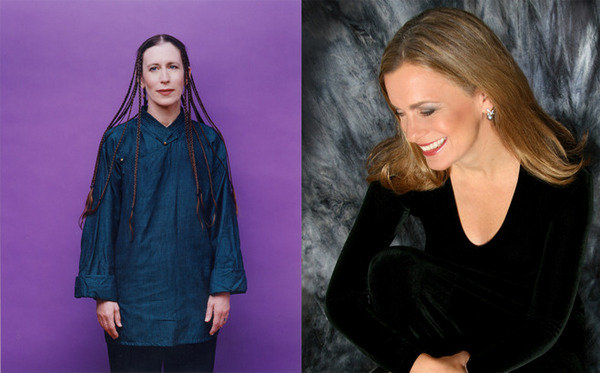 For the exhibition Vivid Memories - the first event of its anniversary year - the Fondation Cartier pour l'art contemporain pursues its event program in performing arts and philosophy, which began in 1994 with the Nomadic Nights and in 2011 with the Nights of Uncertainty. From May to September 2014, the Fondation Cartier will hold regular meetings by day and by night with artists, scientists and philosophers. Faithful to the Fondation Cartier throughout the years, these collaborators will be back for unexpected encounters, engaging with the public in the exhibition spaces and in the garden of the Fondation Cartier. Tuesday, May 20th, 9 p.m., Meredith Monk with Katie Geissinger in Concert. Internationally acclaimed MacArthur 'Genius', recently named Officer of the Ordre des Arts et des Lettres, Meredith Monk is regarded as both a 'magician of the voice' and 'one of America's coolest composers.' Monk's performance with Meredith Monk & Vocal Ensemble member Katie Geissinger reflects her groundbreaking technique and profound understanding of the voice's flexibility and expressive depth.