The 46th edition in Basel. This year, 284 leading international galleries will present works ranging from the Modern period of the early 20th century to the most contemporary artists of today. The fair show will present a geographically diverse selection of galleries from 33 countries. 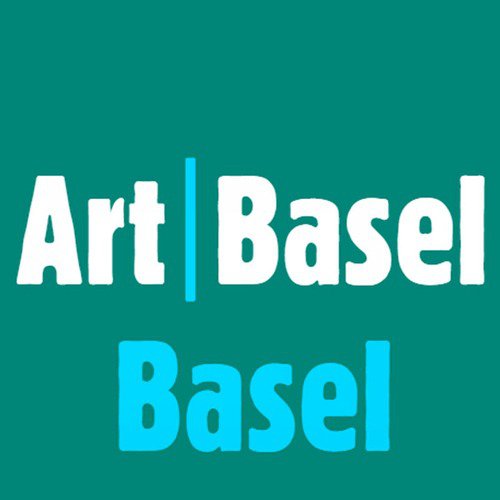 Art Basel today announced details of its 46th edition in Basel, Switzerland, taking place June 18 to June 21, 2015. This year, 284 leading international galleries will present works ranging from the Modern period of the early 20th century to the most contemporary artists of today. The Basel show, whose Lead Partner is UBS, will present a geographically diverse selection of galleries from 33 countries.

Galleries, the main sector of the show, will feature 223 galleries presenting the highest quality of painting, sculpture, drawing, installation, photography, video and editioned works. A strong list of returning exhibitors is joined by three galleries who will exhibit within the sector for the first time, having previously shown in Statements or Feature. These galleries are: Rodeo (Istanbul, London), Take Ninagawa (Tokyo) and Vilma Gold (London).

The Feature sector presents galleries with precise curatorial projects, showing both historical and contemporary work. This year's edition will feature 30 galleries from 13 countries. Highlights of Feature include a presentation by Luxembourg & Dayan (New York, London) of two lesser-known bodies of works by Michelangelo Pistoletto, ‘La Gabbia’ and ‘Mobili Capovolti', which are critical within the development of the artist’s oeuvre and significant given the political and historical context in which they were created. James Cohan Gallery (New York, Shanghai) will show a selection of iconic works by John Cage, a leading figure of the post-war Avant Garde, including his very first visual art project, ‘Not Wanting to Say Anything About Marcel’, as well as later watercolours and smoke drawings. Borzo Gallery (Amsterdam) will present a rare and previously unseen collection of works by Constant, including a number of structures, oil paintings, drawings, watercolours and photo collages, drawn from his ‘New Babylon’ series of work, the artist- architects vision of a utopian anti-capitalist city. Susanne Vielmetter Los Angeles Projects (Culver City) will show an installation of drawings by Andrea Bowers, entitled ‘#sweetjane’, examining an Ohio high-school rape case from 2012, its subsequent trial and the political activism that was triggered by it. Tokyo Gallery + BTAP (Tokyo, Beijing) will present a thematic show on Mono-ha, the sculpture-based Japanese art movement from the late 1960s onwards, including work by Jiro Takamatsu, Nobuo Sekine, Kishio Suga, Susumu Koshimizu and Koji Enokura. The artist Judith Bernstein will create a site- specific recreation of her iconic, censored screw drawing ‘Horizontal’ on the booth of Karma International (Zurich), alongside a selection of the artist’s historic anti-Vietnam war drawings and a series of new works.

Further highlights include a presentation by Parra & Romero (Madrid, Santa Gertrudis) of seminal works by Nancy Holt, offering an in-depth look at the early projects of the artist, whose pioneering work falls at the intersection of art, architecture, and time-based media. Salon 94 (New York) will present an installation of David Hammons’ rarely seen dung sculptures, alongside ‘Body Prints’ from the late 1970s – direct imprints of the artist’s body made on paper with grease then powdered with pigment. Galerie Georges-Philippe & Nathalie Vallois (Paris) will show a series of important art historical pieces from Nouveau Réalisme and the French Avant Gardes of the 1960s, including works by François Dufrêne, Daniel Spoerri, Jacques Villeglé, Jean Tinguely, Martial Raysse, Alain Jacquet, Niki de Saint Phalle, Yves Klein and Arman. .

Solo presentations in the Statements sector offer visitors and collectors the opportunity to discover the work of emerging artists and young galleries. This year, eight of the 16 galleries exhibiting within Statements will be new to the show. Statements will include a presentation by Laura Bartlett Gallery (London) of a major new two-part film by British artist Beatrice Gibson. Société (Berlin) will show an installation by the New York-based artist Bunny Rogers, a series of objects relating to the idea of mourning the death of a fictional character, and a homage to Michael Scofield from the TV series ‘Prison Break’. Ellen de Bruijne Projects (Amsterdam) will present a series of sculptures produced mainly in concrete, wood and metal by the Danish artist Kasper Akhøj, which can be seen as a poem to the late Brutalist architect João Batista Vilanova Artigas, founder of the so-called ‘School of São Paulo’. ‘Not Easy Being Green’, an installation specifically conceived for the show by the Los Angeles-based artist Nancy Lupo, presented by Wallspace (New York), will comprise new sculpture and a video that explore green as a colour, a communal site, an ethos and a nutritional supplement. Kraupa-Tuskany Zeidler (Berlin) will show painter Avery Singer’s first site-specific installation, ‘Private Setting’, a work inspired by Fritz Glarner’s ‘Rockefeller’s Dining Room’. Grey Noise (Dubai) will present ‘Remote Local’, an installation by Caline Aoun consisting of three works, playing with the parallel languages of printing, sculpture and architecture, and is a physical enactment of the artist’s encounter with the surroundings of her studio in the Lebanese countryside. RaebervonStenglin (Zurich) will show a site-specific project by Raphael Hefti, which will see the Swiss artist produce aluminium sculptures onsite that will be installed and operated throughout the duration of the show, while Bureau (New York) will present a new collection of paintings by Julia Rommel.

The Baloise Art Prize will be awarded to up to two artists exhibiting in Statements, with recipients being announced during the show in June. The Bâloise Group also acquires works by the award-winning artists, which it donates to two European museums. The institutions will hold solo exhibitions for the recipients of the award.

Unlimited, Art Basel's unique platform for projects that transcend the limitations of a traditional art-fair stand, will be curated for the fourth year by Gianni Jetzer, Curator-at- large at the Hirshhorn Museum and Sculpture Garden in Washington DC, with circa 70 works ranging from large-scale sculptures and paintings to video projections, installations and live performances. Further details will be announced in the coming months.

Florence Derieux, Director of FRAC Champagne-Ardenne, returns for the third consecutive year to curate Parcours, a series of site-specific sculptures, interventions and performances by renowned international artists and emerging talents, presented by Art Basel galleries. Each year, Parcours seeks to engage with a different area of the city of Basel, and this year will take place around the Münsterplatz area near the Basel cathedral. Parcours is open to the public and free of charge. Further details will be announced in the coming months.

Screened at Stadtkino Basel, Art Basel's Film program, which features films by and about artists, will be curated for the first time by Cairo-based film curator and art lecturer Maxa Zoller, who has presented experimental film screenings at Tate Modern, South London Gallery, Filmmuseum Munich and the Centre of Contemporary Art Geneva. Further details on this year's Film program will be released in the coming months ..

Conversations and Salon, the extensive program of talks and panel discussions accompanies the gallery presentations in Basel offering audience’s access to first-hand information on the international art world. The talks will take place in the auditorium within Hall 1. Videos of past talks and discussions can be found at artbasel.com/basel/talks. Further details on this year's Conversations and Salon program will be released in the coming months ..

Design Miami Basel.
Design Miami Basel, the global forum for collectible design, runs June 16-21, with a preview day on Monday, June 15 (by invitation). The fair resumes in Hall 1 South on the Messeplatz. The 10th edition presents more than 50 participating galleries exhibiting historic and contemporary design alongside a robust cultural program of commissions, talks and satellite shows. .

Museum Shows.
During Art Basel, the city’s museums will once again offer a series of significant exhibitions. Fondation Beyeler will present a major exhibition of Paul Gauguin, bringing together many significant masterpieces from leading international museums and private collections. The Schaulager will show ‘Future Present’, an exhibition devoted to the collection of the Emanuel Hoffmann Foundation, representing its first extensive public presentation in over 30 years, while ‘Joseph Beuys: Installations, Actions & Vitrines’, will be on display at the Museum für Gegenwartskunst, Museum Tinguely will present ‘Haroon Mirza: HRM199LTD’, a significant exhibition bringing together the full range of the artist's work, while Kunsthalle Basel will show a major new installation by Anicka Yi and new work by Vincent Fecteau. Vitra Design Museum will present ‘Making Africa’, shedding new light on contemporary design in Africa.