Too Early For Vacation. Selected by Hou Hanru the exhibition presents the work of 45 artists drawn from 17 countries of Continental Europe, Africa, Asia and the Americas. The title of the show refers jointly to the pressing issues that confront us globally and to growing vacation culture. Works by: Jennifer Allora & Guillermo Calzadilla, Mark Clare, Martina Cleary, Common Culture, Angela Darby & Robert Peters, Allan de Souza, Aideen Doran, Malachi Farrell, and many others. 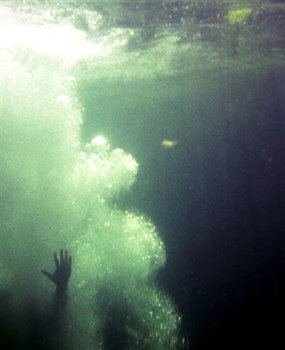 The e v+ a committee are delighted to invite you to the opening of the 32nd annual exhibition of visual+ art, on March 7th at 8pm in Limerick City Gallery of Art. The exhibition will be opened by Eugene Downes Chief Executive of Culture Ireland.

Curator Hou Hanru has selected the work of 44 artists (27 OPEN and 17 INVITED) drawn from 17 countries of Continental Europe, Africa, Asia and the Americas, to participate in this years exhibition Too Early For Vacation. Hanru’s title refers jointly to the pressing issues that confront us globally and to growing vacation culture.

‘vacation has a double implication: holidays and vacating (escaping) from reality. Instead, it must be actions of engagement… Pressing issues related to the transformation of today’s globe such as border crossing, migration, travel, exchange with the ‘other’, cultural and geopolitical confrontation and dialogue, etc. are obviously the issues that occupy the centre of this kind of local-based intervention’.
Hou Hanru

e v+ a Tour: March 8th at 11.30am
Starting at Limerick City Gallery of Art, the tour will leave at 12am to visit the 8 other exhibition venues throughout the city. A bus will be available to travel between venues.

In Conversation: Hou Hanru and Annie Fletcher : March 8th 3pm – 5pm
The committee of e v+ a 2008 and Limerick City Gallery of Art, in collaboration with the National Sculpture Factory, presents e v+ a curator Hou Hanru, in conversation with Cork Caucus co-curator Annie Fletcher, discussing the relationship between art and society. The discussion will be hosted at the Dominican Biblical Institute, corner of Cecil and Dominic Street (Near LCGA). ADMISSION FREE

About the Curator:
Internationally prominent critic and curator Hou Hanru was born in 1963 in China. He moved to Paris in 1990s is now based in Paris/San Francisco. In 2007 Hanru curated both the Istanbul Biennale and the Chinese Pavilion at the Venice Biennale. He is Director of Exhibitions and Public Programs and Chair of Exhibition Studies and Museology at San Francisco Art Institute. Hanru is an Advisor (professor) at the Rijksakademie van Beeldende Kunsten, Amsterdam, Netherlands, visiting Professor at HISK, Hoger Instituut voor Shone Kunsten, Antwerp, Belgium, a Member of Advisory Committee of De Appel Foundation, Amsterdam, and French correspondent of “Flash Art International”. He was also a member of Global Advisory Committee of Walker Arts Centre, Minneapolis.

Too Early For Vacation - A short introduction by Hou Hanru:
Conventionally, Ireland has been seen as an exotic, idyllic and even somehow a spiritual destination for a vacation… Limerick, a ‘remote’ city situated in the Mid-West of the country, is certainly one of the most desired places on the tourist map. For the last decade, this city and the surrounding region, like the whole country itself, have entered a process of renaissance, thanks to their embracing of new technologies and their integration into the global economy. But, few have imagined that this rather small city can be a vibrant site of production of contemporary art. However, for the last three decades, Limerick has been holding the most significant contemporary art event in Ireland. Over the years, e v+ a has become a major and unique international exhibition. Yet as an event it has remained persistently rooted in the local context, at once modest, intimate, ambitious and generous as it constantly negotiates global influences including the new ideas, projects and energies that have been brought in by artists and curators from different parts of the world.

The fundamental change in the nature of contemporary art from quasi-underground, activist and avant-garde activities in the 1970s when e v+ a was founded to becoming a part of the late-Capitalist and consumerist cultural establishment has actually launched an intellectual, ethic and even political challenge to the art world itself. Then, what’s the real social significance of contemporary art today? How can a firmly grass-rooted event like e v+ a still make sense in the age of globalisation, dominated by certain established but limited models of production, representation and consumption, and yet continue, as well, to engage itself in the transformation of local reality?

In this context, coming to work for, visit and appreciate e v+ a today needs an even more intimate and active engagement with the local reality, both physical and cultural, both personal and social. Certainly it involves travels from different parts of the world and contacts with various forms of creation. However, it’s by no means merely a simple vacation to be spent in this beautiful town of Ireland – a vacation has a double implication: holidays and vacating (escaping) from reality. Instead, it must be actions of engagement… Pressing issues related to the transformation of today’s globe such as border crossing, migration, travel, exchange with the ‘other’, cultural and geopolitical confrontation and dialogue, etc. are obviously the issues that occupy the centre of this kind of local-based intervention.

Welcome to Limerick. But, it’s too early for vacation… or - it’ll never be a vacation.

The e v+ a story:
A group of Limerick artists began e v+ a in 1977 as a way of bringing their work as contemporary artists into mutual close encounters with audiences. The intention was to join together in finding sense and meaning of the shared world. More than three decades on e v + a is still an artist centered exhibition and has become the Republic of Ireland's premier annual exhibition of contemporary art. Previous e v+ a curators include Klaus Ottmann (2007), Katerina Gregos (2006), Dan Cameron (2005), Zdenka Badovinac (2004), Virginia Perez-Ratton (2003), Apinan Poshyananda (2003), Salah M. Hassan (2001), and Rosa Martinez (2000).