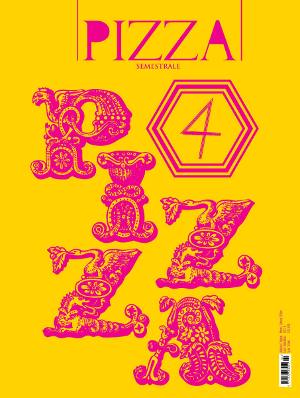 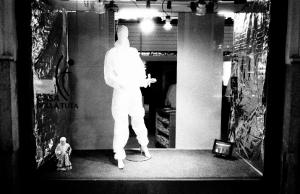 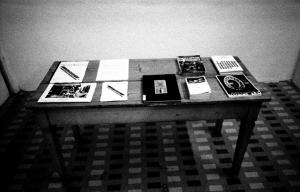 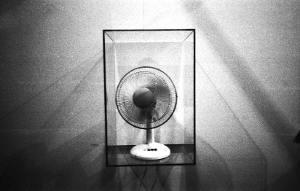 For several years now, alternative locations for art have been spreading throughout Italy; independent spaces often managed by artists for artists. The phenomenon is so important and so interesting that even an institution such as Artissima (the most international art fair in our country) has decided to highlight and give it visibility through LIDO, a dedicated section. I met with Christian Frosi, Renato Leotta and Diego Perrone, promoters and curators, to better understand the nature and potential of these fundamental cultural realities.

Where did your interest for independent spaces come from?
Christian Frosi/Diego Perrone: Everything started with the “Eroina” project, from the desire to do something together, something that could put us in a perspective of self-education. The project consisted in meeting independent artistic realities that are active on Italian territory. We could mention the different cultural souls of the places we traveled through, or the rivers and lakes that we didn’t name while crossing them. We don’t think that changing things’ names is enough to change their geography, but certainly the gaze of a farmer towards a mountain peak called “Mount Loneliness” would be different if it was called “Thirst for Revenge” or “Peak of Truth”.
Renato Leotta: My interest in independent spaces doesn’t exist; what does exist is probably just that level of awareness that automatically makes me consider the alternative, self-organization and a certain number of escape routes. That is to say that I find the instinctive reaction to a condition more interesting than the form it takes. Independent spaces, squats, collectives, workers’ movements, rehearsal rooms, bars and crews are the forms defined by an X number of thinking heads that establish a relationship with each other. Nothing could be more normal. What is extraordinary is the relationship that this form has with the context, here defined by a moment in history where we see total dissolution of the identity, media formalism and communicative precariousness. The independent space is nothing other than an example of a reaction, perhaps the most epic, because it has some characteristics, like the sound of a saber slicing through the air and the Mediterranean taste: it is the platforms and laboratories that at the moment, in Italy, constitute the bone structure for a new anthropologic-artistic search, and will presumably leave a mark.

What is the current Italian reality?
CF/DP: many Italian artists are working all over Europe; even the scope of intervention of a young artist, wherever he comes from, starts as international. Italy’s peculiarity is that it is becoming a bizarre socio-political experiment, and the contexts of excellence in culture and science are forced to overlook it without being able to take action. We are on the border of a clear generational change with a strong ethical awakening, which could develop in a much more sensational way here than anywhere else.
RL: the Italian reality is a smart version of the Mediterranean reality. A fragmented planisphere of contradicting elements, joined by the sea and by an attitude based on concepts of chemical similarity. I don’t even think it would be too much to assume a parallelism between the movements that animated the north-African countries and the turmoil that can’t be gathered together in one glance at Italy; I think the triggering matrix is the same.

Where does the urge to open an independent location, an alternative to the usual circuits, come from?
CF/DP/RL: The Italian issue has seen a series of “distraction techniques” of public opinion about politics, taken to extreme consequences. These “distractions” proceeded with amazing organization and efficiency in our country, and recent evolution in media and technology has quickly worn away the great propaganda built up in two decades of control by the old media. This has also produced, especially among the new generations, an awareness and ability to react that are much stronger and more urgent than could happen in other western countries.
RL: I was talking recently with some friends about the models and rules that determine the artistic professionalization in the trades and disciplines, and the way to destroy them.

How was Artissima Lido born, and what impact has it had on the Italian artistic scene?
CF/DP: It was born in cooperation with Renato Leotta and Francesco Manacorda. The immediate effect of Artissima LIDO was to bring together two parallel economic and emotional ways of managing art.
RL: LIDO naturally follows the trail of other moments, like the first “Family Reunion” gathering organized in Catania in 2010, and formally represents the ensemble of all focuses, all exchanges and all energies that have proliferated by chain reaction in Italy in the last 5 years. The effect has been a verification of the system, an analytical report of studies and archiving.

Isn’t there a risk that this kind of spaces can become self-referring?
CF/DP: Behind these realities there is lots of work and above all lots of information, but the problem can certainly not be excluded.
RL: I don’t see this as a risk.