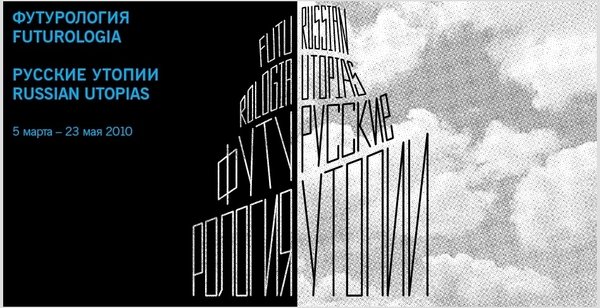 The Garage Center for Contemporary Culture will showcase new art being created in Russia today in two major exhibitions, both opening on 5 March 2010. Futurologia explores the legacy of the avant-garde movement of the early 20th century, showing how the work of Kazimir Malevich and his contemporaries continues to influence Russian artists today.

Russian Utopias examines the theme of utopia in Russian art over the last 20 years. Together, the exhibitions will represent the work of over 40 artists and provide a unique insight into two different trajectories of contemporary Russian art.

The pioneering artist Kazimir Malevich is one of the most significant figures of the Russian avant-garde. Malevich founded the Suprematist school of geometric abstract art in 1915, but turned late in his career to a figurative style of painting. Futurologia examines the influence of the avant-garde by showing the work of Malevich alongside 18 newly commissioned, large- scale works by contemporary Russian artists, which also use both abstraction and figuration.

The exhibition will be shown concurrently with Russian Utopias, which looks at the recurring theme of utopia in Russian art. Showing works by both established and emerging artists spanning the last 20 years, the exhibition demonstrates how the concept of utopia has evolved over time, and has been subject to radically different interpretations from being regarded as an archaeological monument to acting as a vehicle to imagine an alternative future. By tracing the development of these ideas in contemporary art, the exhibition explores how utopian ideals and dreams are an important part of the Russian character and society.

As well as casting new light on the contemporary art scene in Russia, the joint exhibitions offer a chance to view Russian art through both local and international perspectives. In contrast, Russian Utopias is curated by Yulia Aksenova and Tatiana Volkova, part of a new generation of young curators working in Moscow. In contrast, Futurologia is curated by internationally renowned French curator Hervé Mikaeloff who has previously curated for Louis Vuitton and Caisse des Dépôts collection.

Futurologia and Russian Utopias are part of Année France – Russie 2010, the cultural exchange between Russia and France.

Russian Utopias will be re-hung during April, dates to be announced.