The exhibition focuses on the work of the influential American composer Morton Feldman and the many leading visual artists with whom he was closely associated, including Philip Guston, Willem de Kooning, Jackson Pollock and Mark Rothko. The exhibition, the first of its kind in Europe, marks a decisive period in the coming together of two apparently distinct art forms, reflecting IMMA's own multi-disciplinary approach to its programme. 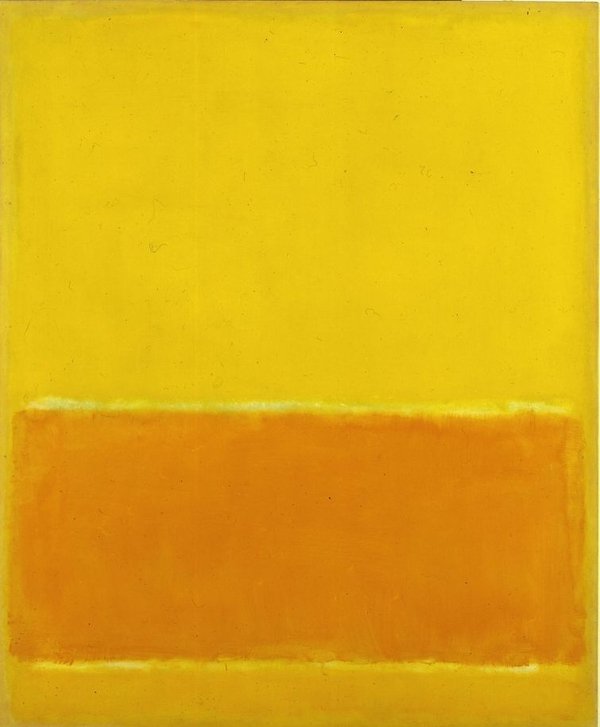 An exhibition featuring works by many of America’s and Europe’s most celebrated 20th-century artists opens to the public at the Irish Museum of Modern Art on Wednesday 31 March 2010. Vertical Thoughts: Morton Feldman and the Visual Arts focuses on the work of the influential American composer Morton Feldman and the many leading visual artists with whom he was closely associated, including Philip Guston, Willem de Kooning, Jackson Pollock and Mark Rothko. The exhibition, the first of its kind in Europe, marks a decisive period in the coming together of two apparently distinct art forms, reflecting IMMA’s own multi-disciplinary approach to its programme.

Writing in the exhibition catalogue, South African composer Kevin Volans describes Morton Feldman as having “only one subject of conversation: music/art”, and Feldman himself stated that he learned more from painters than he learned from composers. These twin passions came together with his involvement with the New York School of artists, poets and musicians, which was active in the 1950s and ‘60s and was linked, especially, with the emergence of abstract expressionism and so-called action art. In 1967 Feldman curated an exhibition entitled Six Painters in Houston, Texas, which presented the work of Philip Guston, Franz Kline, Willem de Kooning, Piet Mondrian, Jackson Pollock and Mark Rothko.

Vertical Thoughts takes the 1967 exhibition as its starting point and includes a number of works, such as Mark Rothko’s The Green Stripe, 1955, shown in the Houston exhibition. It also illustrates how these works, which are defined by their abstract qualities, inspired Feldman’s equally abstract compositions, which had little connection to traditional compositional systems and which experimented with established musical notation. The exhibition goes further than Six Painters, however, by showing other examples by the six artists’ paintings, which display similar qualities, and works by other artists who were equally influential in Feldman’s work, including Francesco Clemente, Barnett Newman, Jasper Johns, Robert Rauschenberg, Ad Reinhardt, R. B. Kitaj, Sonja Sekula, Alex Katz and Cy Twombly. The composer’s direct relationship with the artists and their work can be seen in compositions such as For Philip Guston, 1984, one of his most ambitious works lasting four and a half hours, and Rothko Chapel, 1971, commissioned on the death of Mark Rothko and performed in a chapel which housed his paintings.

Vertical Thoughts features artworks from Feldman’s former collection, as well as from several of the world’s leading galleries, including The Museum of Modern Art, New York; The National Gallery, Washington; The Tate Gallery, London; The Ménil Collection, Houston, and IVAM, Valencia. It also presents music scores, record covers, photographs and documents. A number of Oriental rugs, formally owned by Feldman, which function in a similarly inspirational way to the Abstract Expressionist paintings, are also being shown. The scope of the exhibition is extended further by the showing of films on de Kooning and Pollock, which had scores composed by Feldman. There will also be an accompanying music programme at IMMA, including performances of Rothko’s Chapel, Triadic Memories and The King of Denmark.

Born in New York City in 1926, Morton Feldman was a child prodigy who began composing at the age of nine. In the 1940s he fell under the influence of the early avant-garde composers, going on to become a pioneer of indeterminate music, a development associated with the experimental New York School of composers, which also included John Cage and Christian Wolff. From the 1950s Feldman began to write pieces which bore no relationship to traditional compositional systems and which experimented with musical notation. Feldman found inspiration for these works in the paintings of the Abstract Expressionists and wrote a number of pieces in honour of artists who had become his close friends.

The exhibition is accompanied by a major publication, published by IMMA. This includes a wide-ranging text by Juan Manual Bonet; an interview between Feldman and his friend the writer and anthropologist Francesco Pellizzi; texts by Bunita Marcus on the influence of the Oriental rugs on his work; by artist and writer Brian O’Doherty on the New York art milieu of the time; by art historian Dore Ashton, offering an insight into Feldman’s personality, and a musical perspective by composer Kevin Volans, who was influenced by Feldman. The publication also includes a reproduction of an article written by Feldman’s wife the composer, Barbara Monk Feldman, originally published in 1997, drawing parallels between Feldman’s For Philip Guston, and Nicolas Poussin’s work Pyramus and Thisbe. Uniquely, reproductions are also included of many of Feldman’s own writings, alongside a scaled reproduction of the Six Painters catalogue, itself indicative of the centrality that this project has played in the creation of IMMA’s own exhibition.

The exhibition is supported by The Irish Times, RTÉ Supporting the Arts and the Cultural Tourism Scheme of the Department of Arts, Sport and Tourism.

Artist’s Response: The grass is always greener on the other side
Saturday 12 June 2010, 1.00pm, New Galleries, IMMA
Mark Joyce, the Irish painter and IADT lecturer, will speak in the context of his own practice, exploring classic tropes found in manifestos of artists and composers in the Modernist period and how this may have informed Morton Feldman’s relationship with the visual arts.

Booking is essential for all talks and can be made online at http://www.imma.ie