Festival of Visual Art. Fourth Edition. Over 50 artists present sculpture, drawings, installations, films, videos, sound works, performances and music in venues ranging from the city's renowned Kelvingrove Art Gallery and Museum, through the Hunterian Art Gallery and Tramway to diverse artist-run collectives, small galleries and temporary sites. Under the direction of Katrina Brown the festival presents many projects revolving around the theme of 'past, present, future'. 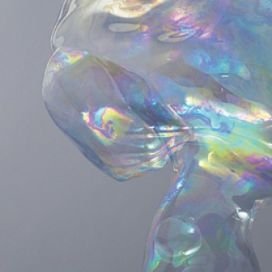 In just a few weeks, Glasgow’s vibrant art scene takes over the city as its museums, galleries, and many other spaces showcase the work of both Glasgow-based and international artists in a vast array of exhibitions and events, celebrating the very best in contemporary visual art.

Over 50 artists are presenting sculpture, drawings, installations, films, videos, sound works, performances and music in venues ranging from the city’s renowned Kelvingrove Art Gallery and Museum -taking part in this growing event for the first time - through the Hunterian Art Gallery and Tramway to diverse artist-run collectives, small galleries and temporary sites.

Under the direction of Katrina Brown and with many projects revolving around the theme of ‘past, present, future’, Glasgow International Festival of Visual Art opens on 16 April 2010 for two weeks.

Using ceramics, bronze and a little taxidermy, Glasgow-based David Shrigley creates a collection of intriguing sculptures and objects for museum cases at Kelvingrove Art Gallery and Museum; Glasgow-born Susan Philipsz’ specially-commissioned and highly evocative sound work Lowlands resonates from bridges that span the River Clyde. One of the most acclaimed artists to have emerged from the city, Douglas Gordon opens the Festival with a new video installation in Tramway’s celebrated theatre space citing his own landmark work 24 Hour Psycho. Renowned environmental arts organisation NVA re-enact the infamous White Bike Plan, a Dutch anarchist eco-action of the 1960s, by releasing fifty white bikes on to the city’s streets for free use between Festival venues, whilst Kate Davis and Faith Wilding collaborate on an exhibition exploring feminist legacies in contemporary art at the Centre for Contemporary Arts (CCA).

A number of international artists are also at the heart of the programme: a significant selection of important works on paper by the enduringly influential Joseph Beuys along with a group of ‘vitrine’ sculptures, including the legendary ‘Fat Chair’ and the iconic portrait of Beuys by Andy Warhol on display at the Hunterian Art Gallery as part of ARTIST ROOMS on Tour; renowned Swiss artist Christoph Büchel, known for his massive-scale, hyper-real experiential works takes on the imposing space at Tramway with the creation of an extra-ordinary, provocative and complex installation. Tramway’s other spaces present a striking programme of experimental film, video installation and live performance by Leslie Thornton, Graham Eatough and Keren Cytter.

David Maljkovic (Croatia) - one of the most exciting artists to emerge from Europe in recent years - has his first solo show in the UK in a striking space in the Merchant City, made available for the Festival. Maljkovic’s work reflects on the Festival’s themes with a gathering of recent works in film and collage that explore the legacy of Modernist monuments and abstraction; while in an adjacent space Gerard Byrne, who represented Ireland to great acclaim at the Venice Biennale 2007, presents a major new video installation commissioned by the Festival that re-visits the history of Minimal Art and its reception. Internationally-acclaimed artist Fiona Tan shows her mesmerising video installation Tomorrow at the Gallery of Modern Art.

The redoubtable punk artist-designer Linder exhibits her montage images at Sorcha Dallas Gallery and presents a unique thirteen-hour performance in collaboration with celebrated fashion designer Richard Nicoll and musician Stuart McCallum; and Alice Channer, who is attracting increasing attention for her fabric-based works, takes on the architecture of the Mackintosh Gallery in her first work in Scotland at The Glasgow School of Art. Washington Garcia presents the work of Australian artist David Noonan at the Mitchell Library, while the legendary Jimmie Durham shows Universal Miniature Go (The Promised Land) – the outcome of a Production Residency at Glasgow Sculpture Studios. Claire Barclay shows a range of new works using diverse techniques at Glasgow Print Studio; and The Modern Institute opens its new premises on Osbourne Street with a show by Glasgow’s own Jim Lambie.

Open Glasgow is a new initiative, supported by the Scottish Arts Council, revealing imaginative new projects conceived by artists specifically for the city during the Festival, including Le Drapeau Noir, a nightly performance in a pop-up café-bar; a one-night cabaret - Urlibido- in the magnificent Sloans Grand Ballroom, and a day long event sim-po-zium event at the Mitchell Library.

Other galleries, venues and artists’ collectives involved in the Festival include Transmission Gallery, Lowsalt, market Gallery, Mary Mary, FINN collective, and SWG3 and many more groups and individual
artists.

The Festival’s exhibitions programme is complemented by a lively programme of talks, screenings, seminars, performances and other events.

Festival launch events and party Thursday 15 April, from 5pm - 3am
Friday 16 April - Exhibitions open to the public from 10am
Friday 16 & Saturday 17 - Afternoon and evening previews in venues across the city