The project looks at the complex entanglements involved in the political and cultural processes of renaming. The exhibition consists of an archive divided in three programmes and other conference and performance documents that either pre-existed or were accumulated as results of the newly commissioned research projects. Participant artist: Magnus Bartas, Zdenko Buzek, Liljana Gjuzelova, Igor Grubic, Dejan Habicht/Tanja Lazetic, Kalle Hamm, Sasha Huber, Hristina Ivanoska, Dan Perjovschi, Lia Perjovschi... 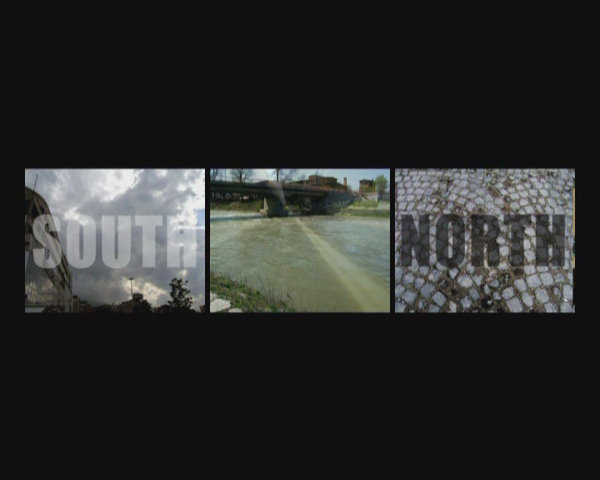 The project The Renaming Machine looks at the complex entanglements involved in the political and cultural processes of renaming. Its main concept reflects the crucial need to question the way these processes have influenced the construction and destabilization of the memory of national, cultural and personal identities in the former Yugoslavia and South-Eastern Europe over the past two decades. The project examines various artistic and cultural phenomena, strategies and research formats of work associated with the notion of “renaming” in order to determine the extent to which renaming affects visual culture and shapes the cultural identities and cultural politics in the region and elsewhere. The exhibition consists of an archive divided in three programmes and other conference and performance documents that either pre-existed or were accumulated as results of the newly commissioned research projects.

The Renaming Machine underscores the arbitrary and contingent nature of names. Alongside the philosophical and theoretical implications of the “mystic writing pad” of historic renaming, the project examines clandestine ideological patterns of the “desiring renaming machine” at work behind the dominant and visible social machines. As a region overburdened with changes in its state borders, the Balkans, for example, possess a history that abounds with the politics of renaming.

Particularly with the break-up of Yugoslavia, the renaming “apparatus” erased and overwrote most traces from the Tito era, including the Yugoslav leader’s own name, which had been attached to many places in the former country. The region itself has been called by different names: the Balkans, the Western Balkans, South-Eastern Europe, etc., depending on the geopolitical interests and attitudes regarding its integrity or dismemberment. The “renaming machine” has also its profound implications for gender politics in the way the patriarchal marriage contract has traditionally dictated that a woman assumes her husband’s family name, thus overwriting her premarital identity.

Changes in the names of institutions, people, ethnicities, languages, toponyms and even states are usually viewed as the first step in the process of appropriation, or erasure, of national, cultural, and personal identities, as well as a way to protect long-term political interests and ensure the domination over a territory. For example, the on-going conceptual “war of names” between Greece and Macedonia (that in 1993 was forced by UNO to start using the description “The Former Yugoslav Republic of Macedonia”) resulted in an international outwitting game. This case became the most obvious example of complex ideology of renaming: how the endlessly postponed event of renaming can enable a “state of exception” whereby the political and economical power of the “renaming machine” is either underappreciated or overrated.

The Renaming Machine was imagined as a two-year umbrella project that comprised a series of events: conferences, exhibitions, debates, video programmes, bloggers’ posts, etc. that take place in Ljubljana, Skopje, Prishtina, Zagreb and Vienna. A comprehensive publication edited by the Skopje- based curator, theorist and professor of art history Dr. Suzana Milevska. The book will be published by the P.A.R.A.S.I.T.E. Institute as the culminating segment of the project. The Zagreb exhibition included new commissions by: Albert Heta, Sanja Ivekovi , Tanja Ostoji /David Rych, Tadej Poga ar, Dejan Spasovi and Alexander Vaindorf.

Open Space - Zentrum für Kunstprojekte
Lassingleithnerplatz 2, A- 1020 Vienna
Open Friday, Saturday 13.00 - 18.30 and open for the rest of the week days by appointment only.
Admission free