Works by 21 artists from all over the world 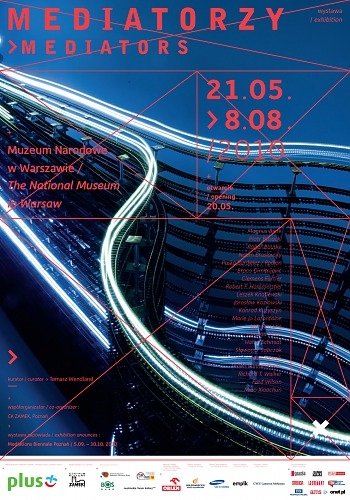 The exhibition will take place in a specially-designed container building situated in the yard opposite the Museum where 21 artists from all over the world will show their works. The works expose various areas of experience, sensitivity and reflection accessible only through artists with an ability to reveal and define by images all the things that are hidden, ignored and diminished. Then, the idea is to enable the viewer to participate in the dialogue between different works showing various problems of the modern world.
One of the important aspects of the exhibition is multiculturalism, through which we can experience a vast array of approaches toward often similar phenomena in the world such as the anonymity of the human being, addiction to economical and cultural globalization, the search for one’s own cultural identity and, most importantly, the unique value of the one’s existence.
Another important element of exhibition is the location of the container building between the edifice of the National Museum in Warsaw and the street. In this way the exhibition space initiates a new look, creating a dialogue between the museum and the public space.
The works of artists such as Magnus Bjerk, Piotr Bosacki, Roger Bourke, Noam Braslavsky, Pasko Burdjelez / Rodion, Braco Dimitrijević, Clemens Fürtler, Robert F.Hammerstiel, Leszek Knaflewski, Jarosław Kozłowski, Konrad Kuzyszyn, Marie-Jo Lafontaine, Hye Rim Lee, Chigusa Muro,Harro Schmidt, Sławomir Sobczak, Jaan Toomik, Koen Vanmechelen, Richard T. Walker, Fred Wilson, Miao Xiaochun will force us to give up our personal viewpoint, thus, the only right viewpoint on the world. They will attempt to convince us to seek other ways of dialogue with the reality; to take into account different stances originated from the inner virtue, unintelligible because of a different language, culture, look or skin color. The works will be also engaged in a dialogue, extremely important because one work will be a critical review of another, its complement or its questioning agent. The exhibition will be rich in various references to the recurrent questions concerning human identity, sovereignty, exclusiveness which are manifested in the fear of death, loneliness, the need for love, religiousness, the need for acceptance and tolerance.

The works will often present people entangled in consumerism, indoctrination, standardization and constant surveillance.
Invited artists mediate not only values contained in their works. They also become the bridge between the present and the past encoded in the labyrinth of the National Museum collections. Therefore, the art goes beyond the time limits and remains modern, as long as its content is comprehensible for the modern viewer. This mediation has already been manifested by the decision to construct such an ephemeral building which becomes the link between the street reality and the museum: a treasure not only of art but most of all of thoughts and reflections accumulated for years in the works of artists from various periods and cultures.
The exhibition “Mediators” is set in the context of a series of cultural events, organized in Poznan, which began with the “Mediations” exhibition curated by Izabela Gustowska and Monka Baake in IF Museum Inner Spaces (1999). The 21 artists who will show their works in the National Museum in Warsaw are associated with the Mediations Biennale which aims to create a platform of dialogue among artists all over the world on the basis of the Central European experience of history, culture and art, and resulting from them particular sensitivity. Both the choice of artists from all over the world, as well as the particular works, are supposed to reveal the areas of experience which are usually inaccessible due to the cultural differences and diverse social contexts. Exhibited works entering into a dialogue, make a viewer realize the presence of one common question about the place of the human being in the modern civilization. The intensity of the global changes motivates some artists to bring up the discussion about their results, it makes others escape into privacy, their intimate sphere, and seek their own identity through the contact with nature. Therefore, the artist becomes the mediator who shares his/her perspective on the world and its perception. When entering the exhibition area, we seem to travel through various dimensions of the same reality. Moreover, the container building, situated between the building of the National Museum and the street, becomes the mediator as well as the link between the everyday street life and the temple of art.
The exhibition introduces “Mediations Biennale Poznan” (4th September – 30th October 2010).