Constructed as a large thematic exhibition, the Biennale develops a sprawling investigation of the relationships that bind people to images and images to people. With works by more than 100 artists, realized between 1901 and 2010, as well as several new commissions, the exhibition is configured as a temporary museum in which both artworks and cultural artifacts from more than 25 countries are brought together to examine our obsession with images. The exhibition title is borrowed from Maninbo (10,000 Lives), the 30 volume epic poem by Korean author Ko Un. Conceived while Ko was in prison for his participation in the 1980 South Korean democratic movement, Maninbo comprises over 3,800 portraits in words, describing every person Ko Un has ever met, including figures from history and literature. Directed by Massimiliano Gioni. 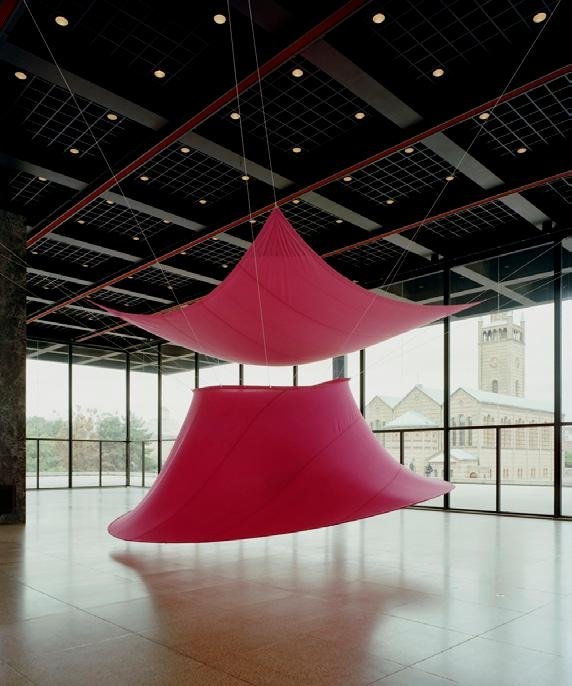 The Gwangju Biennale Foundation and Artistic Director Massimiliano Gioni are pleased to announce the initial list of artists and exhibition details for 10,000 Lives, the 8th Gwangju Biennale. Constructed as a large thematic exhibition, the Biennale will develop a sprawling investigation of the relationships that bind people to images and images to people.

With works by more than 100 artists, realized between 1901 and 2010, as well as several new commissions, the exhibition will be configured as a temporary museum in which both artworks and cultural artifacts from more than 25 countries are brought together to examine our obsession with images.

“Each day billions of images are produced and consumed,” explains Director Massimiliano Gioni. “More than 500,000 images per second are uploaded to a single website. Americans alone take an average of 550 snap shots per second. A record 14 million dollars has been paid for the right to reproduce one single image. We seek comfort in images and carry out wars in their name; we congregate around images, we adore them, crave them, we consume them and destroy them.”

The exhibition title is borrowed from Maninbo (10,000 Lives), the 30 volume epic poem by Korean author Ko Un. Conceived while Ko was in prison for his participation in the 1980 South Korean democratic movement, Maninbo comprises over 3,800 portraits in words, describing every person Ko Un has ever met, including figures from history and literature.

“From ancient mythology we learn that images were created to capture the shadow of lovers and to commemorate the lives of the ones we have lost,” continues Gioni. “The exhibition 10,000 Lives attempts to present a series of case studies that explore our love for images and our need to create substitutes, effigies, and stands-in for ourselves and our loved ones. The exhibition unravels as a gallery of portraits or as a dysfunctional family album. It tells the story of people through the images they create and the images they leave behind, but it also follows the lives of images themselves, tracing their endless metamorphoses, from funerary statue to commercial propaganda, from religious icon to scientific tool, from a mirror of ourselves to a projection of our desires.”

Along with the work of contemporary artists, the exhibition includes found photographs and cultural artifacts that exemplify the multifaceted existence of images, placing them within a wider cultural context and, at times, blurring the line between documents, relics, and art works.

AN OVERVIEW OF THE EXHIBITION
The 100 life-size sculptures of the Rent Collection Courtyard relate the suffering of Chinese peasants at the hands of a tyrannical landlord. Created between 1965 and 1978 by students, artists, and faculty of the Sichuan Fine Arts Institute, the series has become one of the foundational images of the Chinese Cultural Revolution: presented in its entirety in the Biennale—and for the first time ever in an Asian country outside China—the diorama illustrates the conflation of art, politics and collective beliefs—the power of images to educate and stir revolutions.

The photographs from Cambodia’s Tuol Sleng Prison compose a harrowing memento of the victims of the Khmer Rouge genocide in the late 1970’s. These photographs are some of the most touching and ethically complex images in recent history: the regime photographed each prisoner, knowing they would be sentenced to death—the portraits now stand as the only survivors, the last silent witnesses of unjustly terminated lives.

They beg the questions: What does it mean to look at them now? What do we search for in an image? Leon Battista Alberti wrote that images, like friendship, make the absent present. The gigantic archive compiled by curator and collector Ydessa Hendeles contains more than 3000 photographs of people holding teddy bears: here images are presented as children of nostalgia—we cling to these transitional objects to ward off loneliness. In a similar vein, Morton Bartlett and James Castle, who worked outside the traditional confines of the art system, created private fantasy worlds in which fetish-like dolls were their closest friends.

Images are thought to relieve much more than solitude. Swiss clairvoyant Emma Kunz and Chinese healer Guo Fengyi infused an almost desperate faith in the power of images. With their medicine drawings and therapeutic abstractions, they created images that they hoped could save the world. The funerary dolls collected by Ock Rang Kim were used in Korean burial rituals to accompany both the living and the dead. When salvation is no longer a question, images become sites of commemoration. The paintings of Jean Fautrier, the Palestinian posters collected by the magazine Useful Photography, the sculptures of Katharina Fritsch and the videos by Rabih Mroué, Hito Steyerl and Liu Wei analyze the image of the victim and the iconography of the martyr.

Sometimes the love we invest in images proves to be too much. Iconophilia—the love of images—often conceals a deep fear of them. Gestures of violence and iconoclasm appear in the defaced photographs by E.J. Bellocq from the early twentieth century and in Huang Yong Ping’s fractured Buddha. Cyprien Galliard’s new video looks at Egyptian statuary and its demise. In Yang-ah Ham’s video, actors adore an effigy made of chocolate, while Harun Farocki documents processions and pilgrimages to sacred statues.

The exhibition looks not only at images as sites of remembrance and projections of affection, but also investigates the lives of images themselves. How are images constructed? How are they fabricated and how do they circulate? These are some of the questions raised by the work of Thomas Bayrle, Paul Sharits, Stan VanDerBeek, and Christopher Williams, among others. The 1950s experimental films of Katsuhiro Yamaguchi take the mechanics of vision apart: the act of seeing becomes an adventure for the eyes, to use the title of one of his films.

Hans Peter-Feldmann, Tom Holert and Seth Price look at how images are distributed through the media. Feldmann’s 9/12 Front Page arranges scores of newspapers from September 12, 2001. Sherrie Levine and Sturtevant question ownership and copyright by replicating works by other artists, while Shinro Ohtake reassembles fragments of visual culture, collecting thousands of cut out photos arranged in dozens of scrapbooks.

The construction of the self through images and media is a recurring theme throughout the exhibition. Celebrities and illustrious nobodies appear in the photographs of Andre de Dienes, Hanyong Kim, Namhan Photo Studio and Philip-Lorca diCorcia. For the project My Village, filmmaker Wu Wenguang distributed video cameras to rural Chinese workers and asked them to film their towns: the hundreds of hours recorded by the farmers capture everyday life at the margins of the Chinese empire, composing a choral encyclopedia. In Visible World, Fischli and Weiss align thousands of snap-shots on a 90-foot light table, presenting reality in all of its sublime banality.

Swarming with pictures, the exhibition attempts to become an image-making machine itself. In Exhibition in Real Time n.4 (Leave on the walls a photographic trace of your fleeting visit), a seminal 1972 conceptual work by Franco Vaccari, visitors are invited to pin to the walls their self-portraits shot in a photo booth installed in the exhibition galleries. The portraits rescued by collector Tong Bingxue chronicle the life of Ye Jinglu who had himself photographed once a year from 1901 to 1968.

The Biennale is installed in three main venues - the Biennale Hall, the Gwangju City Museum, and the Folk Museum - all located within walking distance from each other in Jungoui Park.

ABOUT THE GWANGJU BIENNALE
Founded in 1995 in memory of the spirit of civil uprising resulting from the 1980 repression of the Gwangju Democratization Movement, the Gwangju Biennale is Asia’s oldest and most prestigious biennial of contemporary art. Under the helm of previous curators that include Kerry Brougher, Sukwon Chang, Okwui Enwezor, Charles Esche, Hou Hanru, Honghee Kim, Yongwoo Lee, Youngchul Lee, Kwangsoo Oh, Wankyoung Sung and Harald Szeemann, the Gwangju Biennale has established itself as a highlight of the international contemporary art biennale circuit.

For general (non-media) inquiries on Gwangju and the Biennale, please contact biennale@gb.or.kr