A project featuring a group exhibition, talks, performances, screenings and a library. 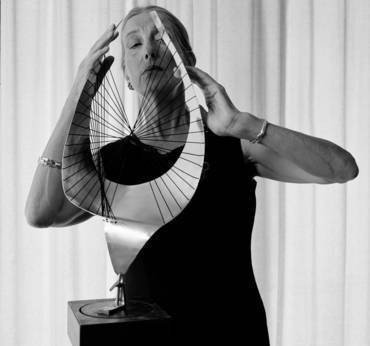 401contemporary is pleased to present HULAHOOP, a project featuring a group exhibition, talks, performances, screenings and a library.

The idea behind the project is to create a setting that serves both as an exhibition and as a functional environment for the events. This salon-like display will include furniture designed by artists, artists’ books as well as individual works of art that respond to the three thematic pillars of the event as a whole:

16 SEPTEMBER 2010, 6 PM
PRIVATE VIEWING INCLUDING A SOUND PERFORMANCE AND AFTER-PARTY WITH MUSCLEHEADS

Please join us for the opening night of HULAHOOP featuring a sound performance by Muscleheads. Muscleheads (London) are the dark collective forces of Alex Hutchins and Jimmy Robertson, creating dark, trippy and at times twisted sounds that work as well at home as they do in an arena. Influenced by everyone from Link Wray to Ennio Morricone, they describe themselves enigmatically as "the hawk, the phoenix, the shenti bird and the swallow."

The exhibition presents works by seven international artists examining notions of objecthood, fetishism, functionality/dysfunctionality and habitat within the media of installation, sculpture, photography, painting and video. The show not only provides a space for contemplation, but simultaneously serves as a "functional" environment used for the events that take place throughout the duration of the show, as well as for reading, relaxing, etc. Certain art works can be used as furniture; still others encourage the physical participation of the viewer by providing specific instructions on how to "use" the work of art. Some pieces address the topic of the show conceptually and formally, without being "used" in that sense.

A presentation of selected artists’ books and other publications by Lubok Publishing is an integral part of HULAHOOP’s exhibition display. In 2008, the artist Christoph Ruckhäberle established the Lubok publishing house to provide a professional platform giving artists the opportunity to release complex book projects. Lubok’s work depends very much on its social network. Through its collaborations with colleagues, friends, galleries and curators, the project is becoming more international and, in terms of its content, it is exploring the wide range of dynamics in contemporary art. For example, Lubok 4 contains linocuts by New York-based artists like Dana Schutz, Phoebe Washburn, Danica Phelps and Justin Lieberman. Another example, Lubok 8, could be described as an overview of the English, London-based graphic art scene, featuring linocuts by artists like Mark Titchner, Roger Kelly and Andrzej Klimowski. Lubok Publishing is a prize-winning project. In addition to receiving awards for the designs of several books, it was also honoured in 2009 as an ideal model for using social networking effectively and for establishing new models for collaboration within the cultural scene.

Please join us for a conversation and drinks with one of Europe’s most important private collectors of contemporary art. We are looking forward to discussing aspects of fetishism and objecthood in the field of art, as well as in other disciplines and contexts. Harald Falckenberg is one of Europe’s most important private collectors and a prolific essayist on issues pertaining to art. His collection covers the last forty years and includes seminal works by Dieter Roth, Martin Kippenberger, Paul McCarthy and Mike Kelly. After 2001, the Falckenberg Collection was housed in the former factory building of the Phoenix Works (built in 1903) and the 4,000-square-metre exhibition space was open to the public upon request. After several years of renovation, the collection was re-opened in May 2008 in a newly designed and expanded exhibition space of 6,200 square metres. Falckenberg is President of the Kunstverein in Hamburg.

15 OCTOBER 2010, 6 - 10 PM
ON OBJECTS AND FETISHES: A SPECIAL SCREENING CURATED BY ANNA-CATHARINA GEBBERS AND OLAF STÜBER

401contemporary has invited Anna-Catharina Gebbers and Olaf Stüber to curate a special selection of video works referring to the project’s themes. Videos and films by international artists such as Nicole Wermers, Lisa Junghanss, Stefan Panhans, Ulf Arminde and others will be screened throughout the evening. The curators will both be available for discussions, questions and comments. Anna Catharina Gebbers is an independent writer and curator. In 2009/2010 she curated the comprehensive group exhibition „The Library of Babel / In and Out of Place" as Curator-in-residence at 176 Zabludowicz Collection, London among other projects. Olaf Stüber is gallerist and writer. In May 2001 he opened the gallery Olaf Stüber, wich focuses on video art and presents a vibrant program with emerging and mid-career artists.

Please join us for a conversation and tea with Florian Waldvogel about different ways of displaying and presenting art, the notion of context and the role of curators within the contemporary art world. Florian Waldvogel is the director of the Kunstverein in Hamburg, one of the most vibrant institutions for contemporary art in Germany. In 2009-2010, he curated the comprehensive exhibition, "Where is the wind when it isn’t blowing?" which included a highly elaborate display of the featured works. We will be discussing this display in our conversation. In 2009, he curated exhibitions with Karla Black, Nina Canell, Fred Sandback, Tatiana Trouvé and Kostis Velonis, among others. From 2001 to 2003, Waldvogel worked as artistic director of the Kokerei Zollverein | Contemporary Art and Criticism in Essen. Waldvogel was co-curator of exhibitions such as "Just Do It!" (Linz, 2005), Manifesta 6 (Nicosia/Cyprus, 2006) and "Das Grosse Rasenstück" (Nuremberg, 2006). From 2006 to 2008, he was curator at Witte de With in Rotterdam.