Abstract Expressionist New York: 300 works of art by more than 30 artists celebrate a pivotal moment in the history of art and of MoMA. A major exhibition tracing the development of Abstract Expressionism from its auspicious beginnings in the 1940s to its seasoned maturity in the 1960s. In addition to works of art in all mediums, the presentation will include a rich selection of documentary material from the MoMA Archives. Small Scale, Big Change: New Architectures of Social Engagement is an exhibition focuses on 11 built or under-construction projects in locations throughout the world. From a handmade school in Bangladesh to a reconsideration of a modernist housing project in Paris, from an apartheid museum in South Africa to a cable car that connects a single hillside barrio in Caracas to the city at large. 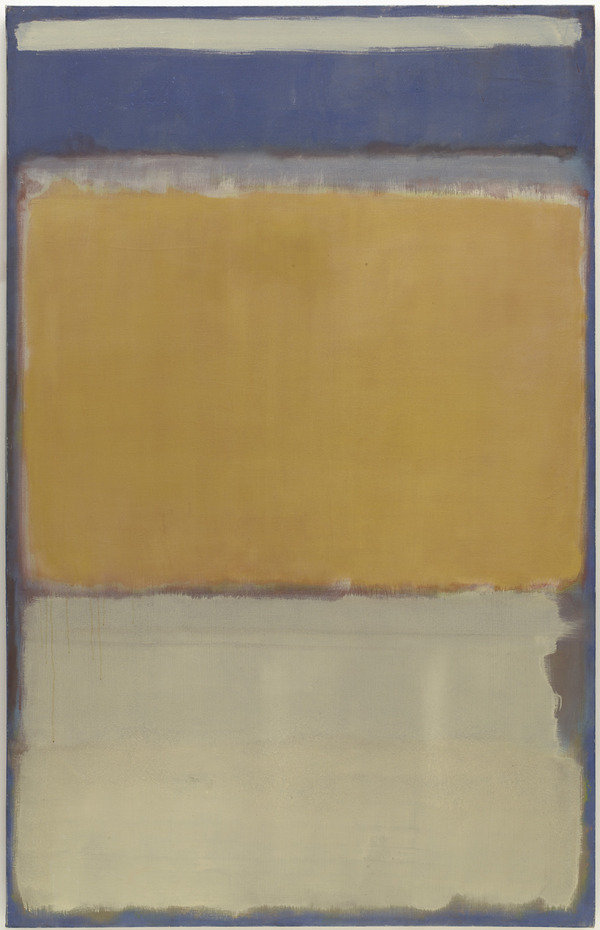 This fall, The Museum of Modern Art will undertake a complete reinstallation of its fourth floor galleries for painting and sculpture, as well as its collection galleries for drawings and prints, to present Abstract Expressionist New York, a major exhibition tracing the development of Abstract Expressionism from its auspicious beginnings in the 1940s to its seasoned maturity in the 1960s. Drawn entirely from the Museum’s vast holdings of Abstract Expressionist art—a collection whose breadth and depth is unrivalled in the world—the exhibition will comprise approximately 300 works in a variety of mediums by more than 30 artists, including Jackson Pollock, Barnett Newman, Robert Motherwell, Arshile Gorky, Lee Krasner, Willem de Kooning, David Smith, Joan Mitchell, and Mark Rothko. On view from October 3, 2010, through April 25, 2011, this wide-ranging presentation of paintings, drawings, prints, and photographs will underscore the achievements of a generation that catapulted New York City to the center of the international art world during the 1950s, and left as its legacy some of the twentieth century’s greatest masterpieces.

Abstract Expressionist New York is organized by Ann Temkin, The Marie-Josée and Henry Kravis Chief Curator of Painting and Sculpture, The Museum of Modern Art.

Ms. Temkin states: "Abstract Expressionism ranks among the movements most closely associated with The Museum of Modern Art. The spirit of this occasion is to look carefully and collectively at the works made during that key moment in the history of modern art, nearly 50 years after its close, to reach a fresh understanding of this period and its influence on artistic developments during the subsequent half century."

From the moment of its founding, the Museum honored, as part of its mandate, a commitment to art by Americans as well as by Europeans. Under the leadership of founding director Alfred H. Barr, Jr., its initial pursuit of works by Abstract Expressionist artists took place within the context of a wide-ranging program of acquisitions and exhibitions of work by artists living in the United States, beginning with the acquisition of a painting by Arshile Gorky in 1941. Built on this strong foundation, the Museum’s present-day collection of Abstract Expressionism was formed over the course of many decades with the sustained support of the Museum’s curators, trustees, and often the artists themselves. This landmark exhibition marks the first time in more than forty years that these works will be brought together in a comprehensive presentation.

Abstract Expressionist New York will take place throughout the Museum and span over 25,000 square feet of gallery space. This ambitious scale will allow many well-known masterpieces to be joined by lesser-seen but revelatory works in a presentation that will provide a historical overview of the movement. Rich selections of drawings, prints, and photographs will help to reveal its depth and complexity. Following a loose chronology, the installation will be intermittently interrupted by monographic galleries, allowing for the in-depth study of an individual artist’s practice. Thematic sections of the exhibition will explore such concepts as primitivist iconography and all-over composition. In addition to works of art in all mediums, the presentation will include a rich selection of documentary material from The Museum of Modern Art Archives. Accompanied by a publication and a range of programs including tours led by young artists at work today, this exhibition will celebrate a pivotal moment in the history of art and of the institution.

Sponsorship:
The exhibition is made possible by HyundaiCard Company.
Major support is provided by Donald B. Marron and The Dana Foundation.
Additional funding is provided by Anne and Joel Ehrenkranz, Sue and Edgar Wachenheim III, David Teiger, and Sally and Wynn Kramarsky.

This exhibition presents eleven architectural projects on five continents that respond to localized needs in underserved communities. These innovative designs signal a renewed sense of commitment, shared by many of today’s practitioners, to the social responsibilities of architecture. Though this stance echoes socially engaged movements of the past, the architects highlighted here are not interested in grand manifestos or utopian theories. Instead, their commitment to a radical pragmatism can be seen in the projects they have realized, from a handmade school in Bangladesh to a reconsideration of a modernist housing project in Paris, from an apartheid museum in South Africa to a cable car that connects a single hillside barrio in Caracas to the city at large. These works reveal an exciting shift in the longstanding dialogue between architecture and society, in which the architect’s methods and approaches are being dramatically reevaluated. They also propose an expanded definition of sustainability that moves beyond experimentation with new materials and technologies to include such concepts as social and economic stewardship. Together, these undertakings not only offer practical solutions to known needs, but also aim to have a broader effect on the communities in which they work, using design as a tool.

Three Internet-based networks, The 1%, Open Architecture Network, and Urbaninform, extend this survey beyond individual projects to the architecture community. These forums connect community leaders, architects, and nongovernmental organizations to share information and experience.

Publication:
The accompanying publication Small Scale, Big Change: New Architectures of Social Engagement focuses on the 11 recently built or under-construction works featured in the exhibition. Each project is presented through photographs, plans, renderings, and drawings, and is accompanied by a detailed description. Introductory essays by Barry Bergdoll, Chief Curator of Architecture and Design at MoMA, and Andres Lepik, Curator of Architecture and Design at MoMA, explore the shift in the long-standing dialogue between architecture and society, as the architect’s roles, methods, approaches, and responsibilities are dramatically reevaluated. Small Scale, Big Change is published by The Museum of Modern Art and available at the MoMA stores and online at MoMAstore.org. It is distributed to the trade by D.A.P./Distributed Art Publishers in the United States and Canada, and through Birkhäuser outside North America. 8 x 10 in.; 140 pages; 167 illustrations. Paperback: $37.50.

The exhibition is supported in part by The International Council of The Museum of Modern Art. Research and travel support was provided by the Patricia Cisneros Travel Fund for Latin America.