Make Yourself at Home

Part of My World Images 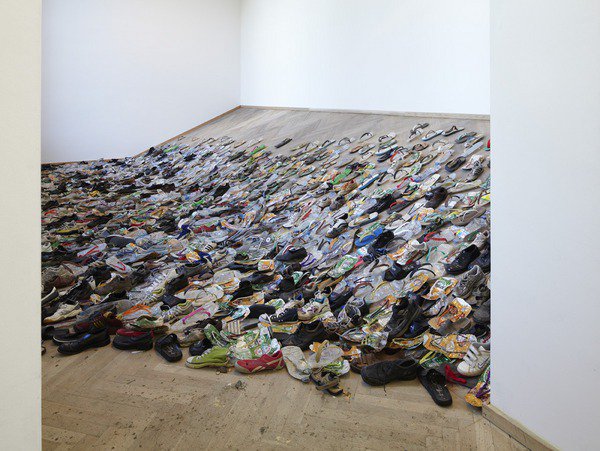 Part of My World IMAGES, a festival organised by the Danish Center for Culture and Development (DCCD)

The exhibition Make Yourself at Home features ten artists and artists’ groups from around the world, all of whom present works that address the notion of hospitality. The contemporary world is characterised by the constant movement and displacement of people, but also by the increased unwillingness of countries to welcome migrants. Make Yourself at Home looks at how artists interpret the concepts of home and hospitality in a globalised world, and includes works – many made especially for the occasion – that explore issues of hospitality at the individual, institutional or national level, and which touch on themes of human migration, colonial heritage and international conflict.

Denmark has always prided itself on its ideal of ‘hygge’ (‘cosy living’), but it also reflects the changes in international relations in the wake of 9/11, which have undermined the perception of the safety of the home, and have made countries less open to receive foreign guests. The ambiguity and unease that can underlie the ideals of home and hospitality have long been analysed by thinkers, and Derrida describes the expression ‘make yourself at home’ as a self-limiting invitation: please feel at home, but remember that this is not your place and that you should respect my rules. The complex and sometimes double-edged nature of hospitality informs all of the works in Make Yourself at Home.

One of the most common gestures of hospitality is the act of sharing food with others, and this is evoked in Endless Döner, a work by Danish artists’ group A Kassen. The piece is situated in Runddelens Kebab, one of the many kebab shops that can be found in the Nørrebro district of Copenhagen, and consists of a kebab loaf in the shape of Endless Column, the celebrated Brancusi sculpture. The piece was inspired by Brancusi’s own sources – Romanian folk art – and returns the modernist artist’s work to its popular roots. A Kassen are also represented by a new piece which intervenes into the architecture of Kunsthal Charlottenborg: the artists have removed some of the glass panels which normally screen the attic from the galleries, thereby allowing the visitor to see parts of the house that are normally hidden.

The Belgian artist Philip Aguirre y Otegui has always had an interest in migration. The artist was born of a father who fled the Franco regime, and has himself travelled extensively in Latin America and Africa. One of his works at Kunsthal Charlottenborg is Cambiamos el Mundo (‘Let’s change the world’), a wall painting which shows a dinner party in full swing, and which is both an homage to hospitality and a satire on evenings spent changing the world over a bottle of wine. The artist is also represented by a number of sculptural pieces, including three different works depicting life-size figures carrying a mattress, water jugs and plates respectively. These works suggest the artist’s interest in basic human needs, as well as in the mechanics of displacement and dislocation.

The piece Untitled (Ghardaia), by the French-Algerian artist Kader Attia, is an installation of couscous moulded into the shape of a city. The architecture is reminiscent of a traditional building type found in the Mzab valley in the Algerian desert, a style which had a major influence on Le Corbusier, who visited the region in the 1930s and who was inspired by its airy and hospitable buildings. The Swiss architect’s theories of social housing went on to inform buildings around the world, including schemes built by the French in Algeria in the years before independence. Attia’s reconstruction of this architecture using the North African staple of couscous – a highly unstable material – is a subtle gesture of reappropriation.

The Danish artist Kenneth A. Balfelt creates what he calls ‘functional art’, works in which art is used to develop new situations in society, and which have often involved people at the social margins including the homeless and drug addicts. For this exhibition Balfelt has worked on facilities for socially vulnerable people in Enghave plads, a square in the Vesterbro district of Copenhagen. In collaboration with the 'beer drinkers' in the square - and with the help of local organisations - he is creating a space which the former can share with so-called ‘normal’ people. The work is an ongoing investigation, and will result in a public space equipped with furniture and facilities that can be used 24/7.

Another approach to hospitality is visible in the video Home 2, in which the Swiss artist Olaf Breuning depicts the world tour of a traveller from the West, taking in Japan, Papua New Guinea and Ghana. The traveller makes absurd efforts to become the ‘other’ that he meets, in a satire on the western romantic look at non-western societies. Breuning is also represented in the exhibition by sculptural works, including The Humans, a group of six large figurative sculptures in marble and bronze that are displayed in the courtyard, and which represent a satirical account of evolution and primitive life. Breuning often uses a playful perspective to portray his subjects, yet behind it lies a web of social analysis and multiple narratives.

In the paintings of Danish artist Mie Mørkeberg the domestic sphere becomes a stage for uncanny psychological experiences. Home is staged as a Biedermeier set, and evokes feeling of uncertainty or fear. The starting-point for the new wall painting that the artist has made at Kunsthal Charlottenborg is an ordinary living room with old-fashioned furniture and bric-a-brac, but one which contains traces of other worlds. Any place acquires an identity through performative actions, and in the case of Mørkeberg the imperative to escape becomes the beginning of something new.

Notions of hospitality are usually associated with people, while material objects are left out, but the Nigerian artist Otobong Nkanga has a sharp focus on the materiality of life. The Taste of a Stone, which Nkanga has made for the exhibition, is a work in a number of chapters. The first chapter centres on a curious stone, and operates as an introduction, while also suggesting the particular hospitality of places of worship. The other chapters are represented in five short videos which tell different stories connected with the stone: stories of love, rejection, fear, submission and dependence. These videos are presented on monitors scattered within an architectural installation made from wood, glass and marble, a structure which functions like a brain – a container of memories.

Nigerian photographer George Osodi was invited to stay with three different families in Denmark, who opened their doors as part of the hospitality network New Life Copenhagen. The latter was created by the art collective Wooloo to host activists during the UN Climate Summit in Copenhagen in 2009, and is now an ongoing project. During his stay Osodi made a photo essay documenting the life of the families that housed him, a work that is realised as three slide projections. It is still in question whether the artist himself will be allowed to enter the country a second time for the installation of his work at Kunsthal Charlottenborg, due to new restrict visa rules implied on people with African background.

The Cameroonian artist Pascale Marthine Tayou has created a new piece for the exhibition, entitled Home Sweet Home. The work is made up bird houses tied together, and sits on wooden columns like a fisherman’s home. On the ground the artist has placed a large group of readymade statues from West African, depicting black figures in the dress of ‘modern’ types such as lawyers and businessman. These statues colons (‘coloniser statues’) go back to the early C20th, when the most common figure was a white colonial agent in pith helmet. The installation is a sound piece in disguise, as the birdcages give out the calls of a variety of local and exotic birds – which the artist describes as the sounds of freedom.

OFF-SITE WORKS
Endless Döner by A Kassen can be seen at Runddelens Kebab, Nørrebrogade 108, 2200 København N, on Saturday 18 September and Saturday 16 October between, 12.00 – 17.00.
A Place for All by Kenneth A. Balfelt is situated on Enghave Plads, 1670 Vesterbro, entrance from Enghavevej. Open for the public from 3 September. The work will remain at the square fort he next 7 years.

EVENTS
Make Yourself at Home is accompanied by a range of special events. The programme includes a variety of films screenings and performances that coincide with the My World Images festival (3 - 12 September), including a film programme in the Mezzanine curated by CPH:DOX. Other events include a discussion on the themes of the exhibition, on 8 September, organised by Raaderum – Office for Contemporary Art. Kunsthal Charlottenborg is also hosting a number of other events this Autumn, including concerts as part of Music & Art Around (6-31 October); and is participating in Night of Culture (15 October). See separate press release.

SUPPORTERS
The exhibition has been generously supported by the Danish Center for Culture and Development (DCCD), and by the Danish International Visiting Artists Exchange Programme (DIVA), Culturesfrance, Institut francais, Sølyst Artist in Residency Centre (SAIR) and Pro Helvetia.