Sentences on the banks and other activities

This project integrates production across cultural disciplines and social practices. The curatorial enunciation suggests the simultaneous appearance, in times and spaces, of art production, post-production, and encounters, experimenting with the appearance of art expression during the formulating process. 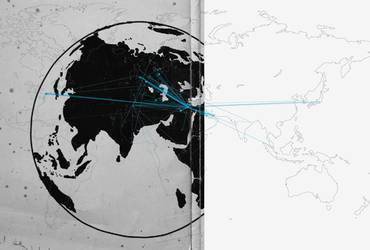 "Sentences on the banks and other activities" is a live art exhibition, curated by Abdellah Karroum, and initiated at Darat al Funun in Amman as a hub for its operations. This project integrates production across cultural disciplines and social practices, associating Darat al Funun with social and private spaces, and other cultural spaces around the city, as well as the Khalid Shoman private collection.

The project is launched with an invitation for people to join a collective space of thinking and expressing ideas on realities and imagination. The curatorial enunciation suggests the simultaneous appearance, in times and spaces, of art production, post-production, and encounters, experimenting with the appearance of art expression during the formulating process.

The urgent character of this idea of simultaneous sharing while creating interrogates today’s speed, and the missing distance between real facts and history, documentary or fiction. The exhibition takes shape at Darat al Funun, in connection with few places in the city. A one-day conference on “Art Practices and Vocabulary” associates curators, artists and scholars to the project. A radio program is produced in parallel.

* Artists participating, in the project using the Volume I publication, and proposals are part of an experimental set-up and also presented in Volume II

Abdellah Karroum (b.1970) is an independent art researcher, publisher and curator. In 2002, Karroum founded L’appartement 22, an experimental space for art in Rabat, following his “Le Bout Du Monde” art expeditions that started in 2000. Karroum was one of the curators of the 7th Dak’Art (2006), he co-curated “Position Papers” exhibition for the 7th Gwangju Biennale (2008), and “A Proposal for Articulating Works and Places” for the 3rd Arts in Marrakech Biennial (2009). Karroum served in the jury of the 53rd Venice Biennale Golden Lion, and has initiated and leading the trans-disciplinary “Laboratory of Artistic Research” at the Superior School of Visual Arts (ESAV) in Marrakech (2010).