A new thematic display intended to familiarize the widest audience with some new forms and current trends in contemporary art. The core of the project is works from the collection of the museum; however, pieces from other holdings will be added, too. Mainly the exhibits were produced in recent years, but some key concepts are exemplified with works of the second half of the 20th century. 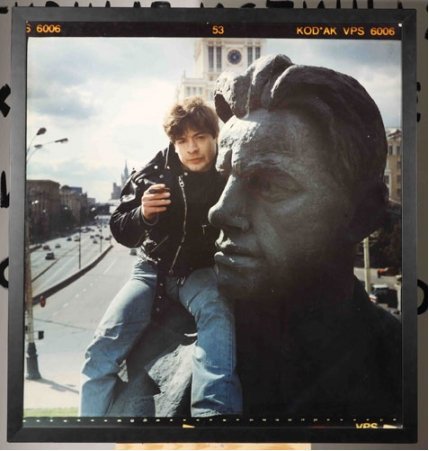 If I Only Knew... is a new interactive display intended to familiarize the widest audience with some new forms and current trends in contemporary art. In this case, the term ‘contemporary art’ is treated in a broad sense, as art being born ‘here and now’, right before our eyes. The core of the project is works from the collection of the Moscow Museum of Modern Art; however, pieces from other holdings will be added, too. Mainly the exhibits were produced in recent years, but some key concepts are exemplified with works of the second half of the 20th century, also from the Museum collection.

The world of contemporary art still remains enigmatic, bewildering the public sometimes. The language spoken by contemporary artists has changed throughout the 20th century, but the Russian audience didn’t have a chance to follow its development. This is why it’s time to start all over again! «What is it about The Black Square?», «Can Malevich really draw?», «A five-year-old can do that — why is this hanging in the museum?», «Why does that artist play the ape?», «I have some old boxes, too — is that art?», «It is nothing but scandal, isn’t it?»... Such questions arise every time when a newcomer enters a museum of contemporary art. To answer these questions and ruin the ivory tower, Moscow Museum of Modern Art launches If I Only Knew... project to let the spectator explore the language of contemporary art, on both theoretical and practical levels.

Often the museum space leaves the viewer alone with artworks, doing nothing to help him or her master the presented material. So, the goal of this project consists not only in explaining various issues clearly, but also in creating favorable conditions for a practical approach to visitor education. Each room has a ‘backup’ space, or a sort of a workshop, where the spectator can act as a contemporary artist, experience current artistic techniques and explore the expressive qualities of new materials.

Each room is devoted to a specific notion, issue or form of contemporary art. It all begins with The Black Square, which is still a stumbling block for public and even for professionals. In this project it is conceived as a symbolic and crucially important work, as a turning point in the art of the early 20th century. The room ‘Tradition’ unites pieces by contemporary artists who reinterpret the classical heritage. The ‘Photography’ section touches upon analog photography and its fortune in historic perspective, for the very concept of photography changed many times during the centuries. In addition to exhibits from the Museum collection, here one can watch videos that explain all stages in the creation of an analog image. The next zone gives an idea of technological advances in art, such as videos, media art, and interactive installations. In adjacent workshop the visitors can create their own synthetic works, using these technologies. Then one reaches the territory of performance, where the spectators learn unfamiliar and seemingly identical terms (performance, action, and happening) and then try themselves in the roles of performance artists. The next hall is filled with three-dimensional pieces, which demonstrate the difference between specific types — assemblages, objects, and installations. Here the viewer can construct something new from a variety of things at hand. Finally, the last room invites the visitor to feel as an art connoisseur: by pressing buttons on the lecturing desk, he or she can listen to recordings speaking about new trends in art exemplified by the exhibits; furthermore, one can even act as a lecturer here.

The project is intended for kids as well as for adults. In exhibition rooms, there are special commenting texts for children, and the workshops contain materials for a comfortable and engaging creation. The interactive features of the project bring visitors of all ages closer to artworks, helping them overcome misunderstanding and fear of the unknown, totally ‘different’ art.