Te Whare o Kai Tahu. The exhibition features a series of images characterized by an unique intersection of Maori and European culture that examines the nature of buildings as the recipients of stories and memories, and as safe places to store treasured objects. 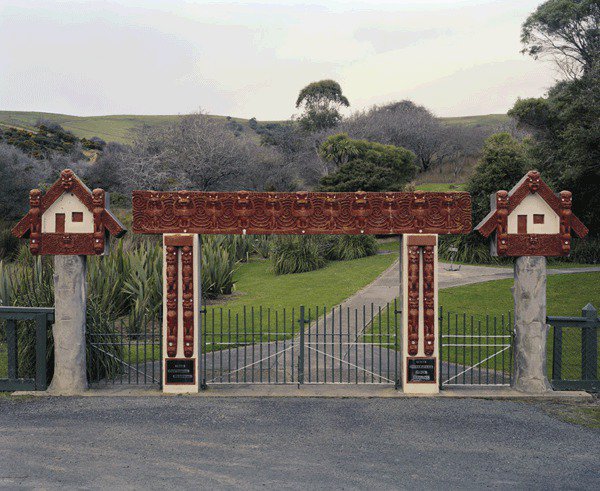 {Suite} Gallery is pleased to present works from Neil Pardington’s latest series Te Whare o Kāi Tahu. Photographed at three locations in Otago, New Zealand – Moeraki, Puketeraki and Otakou – these images are inspired by Neil’s Kāi Tahu whakapapa and the unique intersection of Māori and European culture in the construction and design of these whare.

In this series Neil continues to examine the nature of buildings as the recipients of stories and memories, and as safe places to store treasured objects. There is a strong sense of the past and tradition among the Te Whare o Kāi Tahu works. For many they may seem to be from another time, another world – almost museum-like – creating a distance between the viewer and the subject. There is also something uncanny about the Te Whare o Kāi Tahu images. While they are devoid of people, a presence remains – engendering the works with a visual narrative that speaks of a tension between outside and inside, public and private. This strong sense of drama combined with an almost cinematic appeal suggests traces of historic events or new stories about to unfold.

Te Whare o Kāi Tahu will show at {Suite} Gallery, 69 Owen Street, Wellington, from 28 January to 19 February. Two other shows of Neil’s works are on in Wellington at the same time. His touring exhibition The Vault: Neil Pardington opens at City Gallery Wellington on 29 January. Cultural Mythologies: Selected Works 1998–2005, will be on show at {Suite} City Gallery, 108 Oriental Parade, Wellington, from 24 January to 9 February.

Born 1962 in Devonport, New Zealand, Neil lives and works in Wellington, New Zealand. He holds a BFA from the University of Auckland, New Zealand and is of Kai Tahu, Kati Mamoe, Kati Waewae Māori and Pākeha descent.