On display two projects by Luis Jacob, and a special presentation of Geoffrey Pugens' video, Sahara Sahara. Jacob's 'Pictures at an Exhibition' features a selection of recent work. In conjunction Jacob has been invited to curate 'Cabinet (NGC Toronto)' an exhibition for the recently inaugurated National Gallery of Canada at the MoCCA. 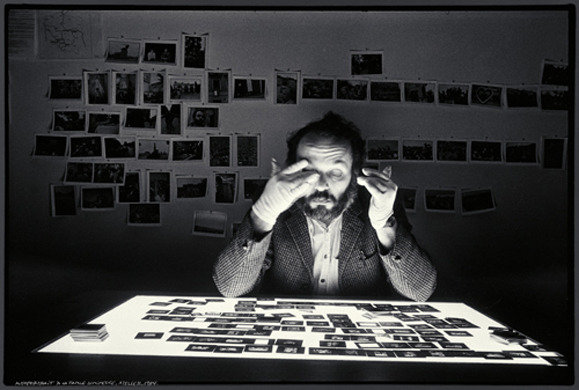 The Museum of Contemporary Canadian Art is pleased to launch its 2011 season with two projects by internationally-acclaimed, Toronto-based artist Luis Jacob, and a special presentation of Geoffrey Pugens’ two-channel video, Sahara Sahara, taking place in its galleries from February 4 through March 27, 2011.

Luis Jacob | Pictures at an Exhibition is the second chapter in a multi-city, mid-career survey of his work and features a carefully chosen selection of early and recent work, including Album X, the latest in a series of narrative sequences consisting of hundreds of images culled from a variety of published sources mounted together to form an “image bank”. In addition to small hard-edge and monochromatic paintings, the exhibition also includes a selection of large-scale canvases from the series They Sleep With One Eye Open, (2008). In each of these, two hallucinatory eyes emerge from a dazzling patterned background, like spectral faces from murky depths. Installed together they appear to watch visitors with an intense gaze, and suggest the possibility of an uncanny but living work of art endowed with animistic powers.

In the face of the global resource shift, Geoffrey Pugens’ Sahara Sahara depicts speculative pre-apocalyptic myth-making. The 2-channel video follows a small organized group of misfits who are vandalizing local technologies and the fossil fuel industry. Cinematic and absurd, the video occupies the heist, action and dance genres to seductively address machismo and the recent economic crisis.

About MOCCA:
The Museum of Contemporary Canadian Art (MOCCA) was founded from the former Art Gallery of North York in 1999, with the mandate to exhibit, research, collect, and promote innovative art by Canadian and non-Canadian artists whose works engage and reflect the relevant stories of our times. In 2005, MOCCA relocated to the West Queen West Art + Design District in downtown Toronto, in the heart of one of North America's most dynamic arts communities.

All programs and activities of the Museum of Contemporary Canadian Art are supported by Toronto Culture, the Ontario Arts Council, the Canada Council for the Arts, BMO Financial Group, individual memberships and private donations.