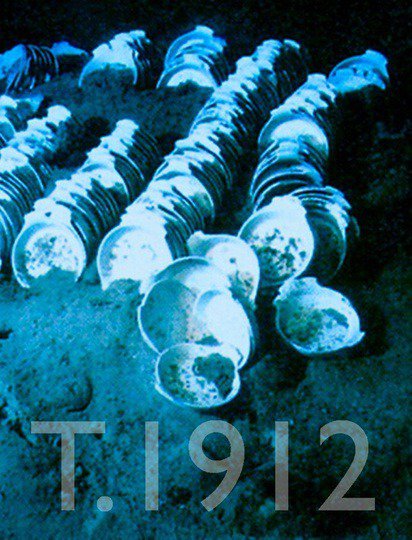 Inspired by the Titanic, T.1912 is a site-specific staged audience experience conceived by visual artist Dominique Gonzalez-Foerster for the Guggenheim rotunda. At the core of the installation, Gavin Bryars's large symphonic piece The Sinking of the Titanic (1969-) will be performed by The Wordless Music Orchestra. Audience members will 'board' via the museum's Peter B. Lewis Theater and will be ushered into the rotunda onto designated 'decks.' During the performance, the audience will be invited to move within the ramps and rotunda in correlation with the shifting of the passengers aboard the Titanic as it began to sink. On Friday, April 15, the Guggenheim hosts a post-performance conversation with Dominique Gonzalez-Foerster and Joan Young, Associate Curator of Contemporary Art. The discussion follows the 2 pm screening of the seminal 1912 Titanic film In Nacht und Eis (In Night and Ice) in the New Media Theater located in the lower level of the museum and is free with museum admission. T.1912 is generously supported by The Peter Jay Sharp Foundation. Film screenings are made possible with public funds from the New York State Council on the Arts. Thursday, April 14, 8:40 pm and 10:40 pm.