Locus Agonistes: Practices and Logics of the Civic, the principal conceptual enquiry of Meeting Points 6, is a cultural project conceived as a response to the various scenarios of rupture between antagonistic political camps and civic critical cultures that are presently unfolding in contemporary Arab societies. The project, is divided into two programmatic and scenographic strands: The Beirut Art Center with installation, photography, video, film, performance, and Opera House Damascus (from May 2) with a program of theater, readings and performance. 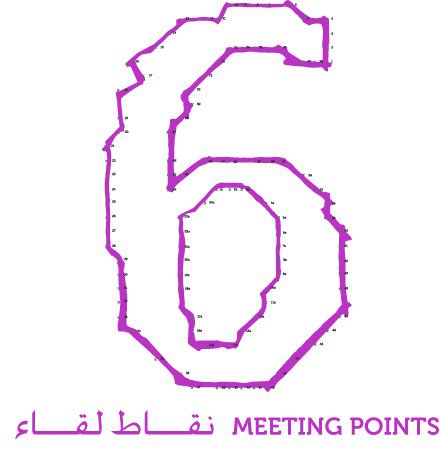 Young Arab Theatre Fund is pleased to announce the opening program of Meeting Points 6, a biennial event comprising contemporary art, film, theater, dance, and performance which will open at the Beirut Art Center, Lebanon from April 27 to May 11, and at the Opera House Damascus, from May 2–5.

Curated by Okwui Enwezor, and organized by the Young Arab Theatre Fund (YATF), in collaboration with regional and international partners the project of Meeting Points 6 will take place across eight historic cities in the Middle East, North Africa, and Europe over a one year period between April 2011 and March 2012.

Locus Agonistes: Practices and Logics of the Civic, the principal conceptual enquiry of Meeting Points 6, is a cultural project conceived as a response to the various scenarios of rupture between antagonistic political camps and civic critical cultures that are presently unfolding in contemporary Arab societies. The responses to these transitional challenges, which have distinct cultural dimensions, cover a broad spectrum of activities, practices, positions, institutions, and social forms that can be felt in diverse pressure points. At the core of these pressure points, at once local and national, global and transnational, secular and theological, regional and geo-political is what may be characterized as a rising dimension of Civic Imagination. Within this context, artistic practices and their critical logics provide opportunities for constructing and constituting models of civitas, which in turn induce fresh demands for emancipatory and civic techniques. Such techniques not only advocate the obviation of the simplistic dichotomy between progressivist assumptions of political forums and the seemingly conservative institutions of national cultures that oppose them, they also take to task certain strategies of activism around which so-called radical practices have been traditionally perceived within institutional settings.

Locus Agonistes: Practices and Logics of the Civic is deliberately located in the multiple fault lines between these spaces, and is conceived as three distinct Flash Points (Middle East and Levant, North Africa, and Western Europe). It is a project shaped by processes of unraveling, as well as conjunctions. A network of unfolding actions, interactions, aesthetic proposals, performances, and public responses by artists, choreographers, dancers, playwrights, filmmakers, and performers constitutes its immediate forms of enunciation. Through the interaction of the participants, the project endeavors to explore locations of reasoned dissent and reflection, in which it is possible to imagine sequences of activities that are rooted in agendas of struggle, which become spaces of becoming, and possible spheres of global civitas. However, such agendas are neither invested in utopian and progressivist ideals of reformist modernity nor are they inured to the seeming conservatism of fundamentalist cultural politics.

In the present transformative events reshaping the subjectivities, as well as the cultural and political topographies of contemporary Arab societies Locus Agonistes is not only premised on the analysis of. geo-political entanglements, it is a response to the momentous historical forces and the emancipatory logics that are currently reshaping debates on civic identities, cultural strategies, and artistic practices both in its immediate context, and in the localities adjacent to them, for example in Europe.

Comprised of new commissions and existing works, the project, is divided into two programmatic and scenographic strands: The Beirut Art Center would be the venue for an exhibition encompassing installation, photography, sound, video, film, performance, and choreography; while Opera House Damascus will play host to a program of theater, dance solos, dramatic monologues and readings, rehearsals, sound, and performance.

Over the coming months, Meeting Point 6 will present updates of the development of the project as it continues to unfold.