The exhibition features new drawings, etching, and paintings made specifically for "Cat and Bird Paintings", along with a single projection of new animation works. 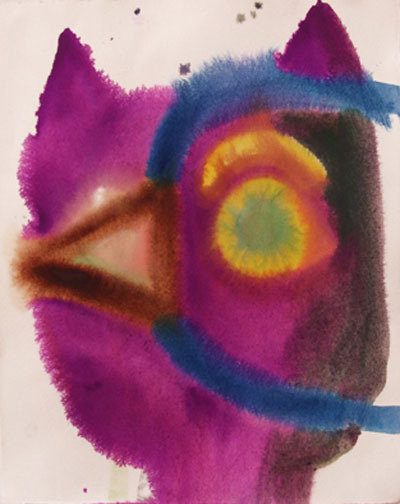 Taka Ishii Gallery Kyoto is pleased to present an exhibition of works by Yui Kugimiya, "Cat and Bird Paintings". Yui Kugimiya (born 1981, Tokyo) has been working from her base in Brooklyn since graduating from Yale University in 2007. For Kugimiya whom in the past has exhibited within the US, Mexico and Europe, this will be the first solo exhibition of her work in Japan.

The exhibition features new drawings, etching, and paintings made specifically for "Cat and Bird Paintings", along with a single projection of new animation works.

"If I knew from the beginning the outcome of the completed image, it would be over once I drew it out; however, beyond this there always lies the possibility for a different ending." (Yui Kugimiya)

'Movement' and 'stillness' are two conflicting elements which coexist in Kugimiya's paintings. The small works, painted using animation techniques, strongly display this tendency – these are characterized in the sense that, despite being oil paintings, the image is developed through the process of layering upon the canvas frame by frame as in stop motion animation. This layering process blends the colors and shapes together, blurring the boundaries of figuration and abstraction, while the chaos provoked by chance adds depth to the work. Instead of working towards a completed image, the powerful brushstrokes that explore the image directly on the canvas leave lumpy textures and marks, resulting in a peculiar tactility.

In addition, Kugimiya's freeflowing imagination expands into a unique world of stop motion animation that captures the process of her paintings in its development. Following her well-received solo exhibition at the Everson Museum of Art in November 2010, we invite you to take this opportunity to view Yui Kugimiya's latest work.