No Network! Artists invited to participate in the project are those whose work is concerned with different aspects of 'artistic research' and other 'non-disciplinary' modes of production of inter-subjectivity in the field of contemporary experience. The first edition's title came out of a simple observation: the bunker is a secluded and isolated space preventing us to use the contemporary means of individual communication. Works by Huseyin Bahri Alptekin, Caner Aslan, Maja Bajevic, Blue Noses, Veronica Brovall, Bunker Research Group, Petr Bystrov, Braco Dimitrijevic, Jim Finn, Igor Grubic, Lana CmajCanin... 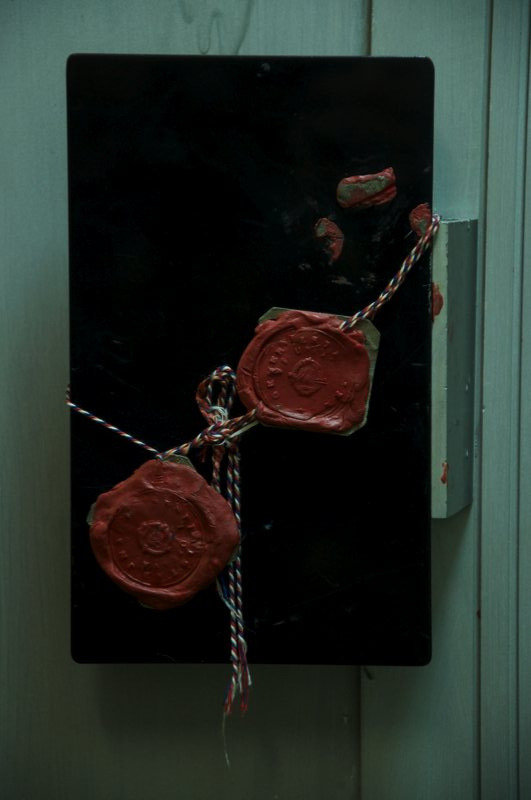 The Atomic War Command in the Bosnian town of Konjic was the largest underground facility ever built in Yugoslavia and one of the most massive construction projects in its history. Dedicated to sheltering the Yugoslav Army headquarters along with 350 selected men and women in the event of nuclear war, this space was built over a period of almost three decades (from 1950s to 1970s) and cost billions of dollars. Today the ARK has all the characteristics of a failed Cold War investment. The nuclear catastrophe it was meant to survive never occurred, and the state, which had systematically worked to defend itself in case of such a disaster, dissolved in a 'conventional' civil war in Bosnia, fought with far less technologically advanced means.
The historical lesson is unambiguous. Nonetheless, it should not be approached with cold cynicism as a symbol of a failed political project. Today the bunker in Konjic is gradually becoming a time machine that inspires us to travel as much into the past as into the future. In the field of contemporary culture and media, the issues raised by this location are reflected in the dominant 'pre-apocalyptic' mood: climate change, environmental pollution, rapid depletion of natural energy resources, dispersion of the nuclear arsenal, drastic increase in population with resultant poverty, an expanding 'third world' in a global 'post-industrial' economic and political system, aggressive privatization of public resources, repressive political dictatorships and growing fundamentalist religious fanaticism announcing the upcoming 'end of the world', etc...
The first edition of the Biennial will be realized under the title NO NETWORK. The title came out of a simple observation: the bunker is a secluded and isolated space preventing us to use the contemporary means of individual communication. In such a physical and psychical isolation, this space becomes rather a space of anxious reflection then a space of some unflappable communication. This does not imply that an exhibition as such is not crucially a form of communication between artists, their works and the space - but by stressing the ability of art to generate knowledge end emotions mutually reflecting each other, we would like to counter the omnipresence of the rhetoric of 'networking' as very often devoid of concentrated solitude of subjectivity from which artistic endeavor transpires. However, artists invited to participate in the project will primarily be those whose work is concerned with different aspects of 'artistic research' and other 'non-disciplinary' modes of production of inter-subjectivity in the field of contemporary experience, which is otherwise increasingly getting emptied of forms of reflexive communication in a 'common language'.

Support:
ECF, Embassy of the Republic of Turkey in B&H, Ministry for Culture and Sport of Canton Sarajevo, Ministry of Civil Affairs of B&H, NATO Headquarters Sarajevo, COE, City of Konjic, Volunteers of the City of Konjic.