Lecture. In the Garden of Forking Paths. Reflections on a Mixed Practice 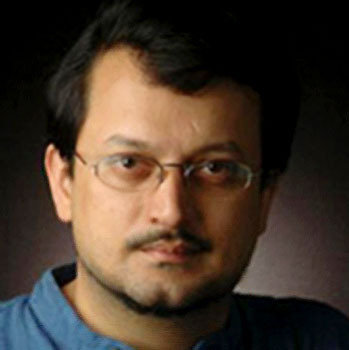 In the Garden of Forking Paths. Reflections on a Mixed Practice. 'Doubt is a major form of energy, contrary to the negative associations that surround it. I have often been assailed by such energising doubt in the course of my practice (...) The key question, for me, has been that of reconciling these various engagements, or accepting a necessary divergence between them. (...) One of my starting points for this lecture, accordingly, will be a reflection on the multifurcations and overlaps within a mixed practice, as expressions, not simply of shifting roles, but of a profound dividuality of self. (...) I will attend to two rhetorical tropes that seem, to me, to have a bearing on the predicament of the perennial insider/ outsider who transits among fields and disciplines: the non sequitur, that which does not follow, and the chiasmus, the crossing. In probing the nuances of these tropes as markers of my chosen position as a cultural practitioner, I would like to draw attention to the moments in the production of culture that are sustained, not by continuity and harmony, but by rupture and dissensus - in the form of a productive desire to fall out of sequence, to break with the established tenor of a conversation, to enter a state of play outside the canon. (...)'. Ranjit Hoskote is a Mumbai-based poet, art critic, cultural theorist and curator. He is the author of 20 books and nine artist monographs, his essays have appeared in numerous anthologies. He co-curated the trans-Asian curatorial project, 'Under Construction' over 2000-2002 and the 7th Gwangju Biennial (Korea, 2008). Hoskote is curator for India's first-ever national pavilion at the 54th Venice Biennale (2011). A lecture organized by the Critical and Curatorial Studies program of Goethe-Universitat and Stadelschule,