Removed from the crowd

'Removed from the crowd: Dionysian Socialism, (Non)Action, Delayed Audience' is an open research archive, tracing the histories of temporary communities and evolving around the notion of delayed audience. The project takes shape through one-on-one meetings with artists and art historians. 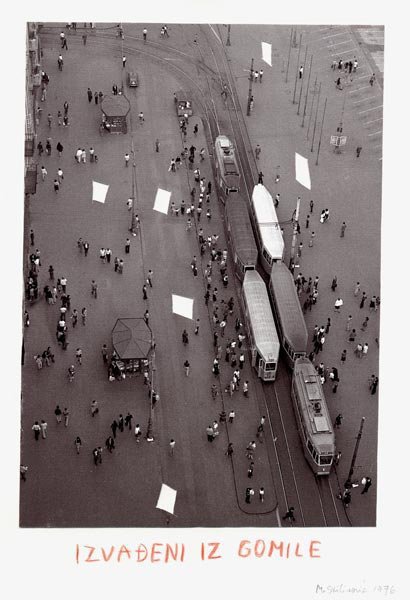 ......Removed From the Crowd is an ongoing research and publishing project focusing on conceptual and experimental artistic and curatorial practices that challenged established notions of the public and the common. Based on the initial study of selected phenomena of the New Artistic Practice in Yugoslavia in the 1960s and 1970s, the project traces the histories of temporary communities and evolves around the notion of delayed audience.

In collaboration with tranzitdisplay and local researchers, artists and collaborators, a new constellation of the research archive is being formed daily in the studio space, based on the interaction of the existing and new material. The Prague chapter of the research is focused on projects in Czechoslovakia from the 1960s and 1970s happening outside the sphere of immediate visibility, exploring the interstices between the action and escapism, individual and collective, the urban sphere and nature, immediate and delayed audience.

The methodology of research and its presentation is likewise based on rethinking the idea of audience and the imperative of visibility: the archive takes shape through one-on-one meetings with artists, art historians, ‘witnesses’; potentially taking the form of a lecture for one where, the roles of the lecturer and audience get destabilized and interchangeable.

As the collection of the research notes grows, anyone interested to join the process or contribute to the archive is encouraged to get in touch and schedule a meeting.