At the heart of the exhibition are a black box theater with a regular, daily schedule of films and related works, many of which are rarely screened or never before been exhibited publicly. The lineup -whose diverse contents feature the oneiric episodes of Harry Smith and Leslie Thornton alongside the incisive essays of Godard/Mieville and Pasolini- is anchored by the ultimate unfinished film, Hollis Frampton's Magellan. Accompanying the programs presented there are a constellation of ephemera and works on paper. 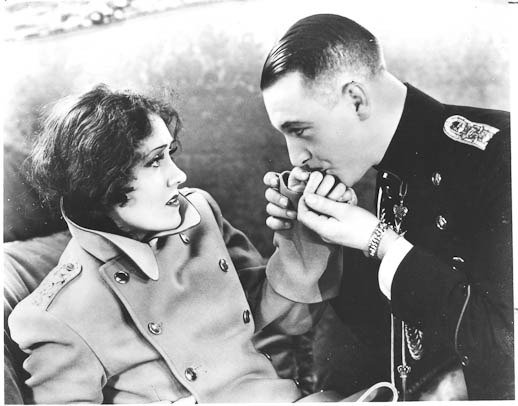 Gladstone Gallery is pleased to announce “The Unfinished Film,” an exhibition curated by Thomas Beard. What can be learned from unfinished films, from works that arrive to us as fragments? Considered collectively—from Erich von Stroheim’s Queen Kelly to Sergei Eisenstein’s Que Viva Mexico! to Orson Welles’s The Other Side of the Wind and beyond—perhaps they constitute a secret canon, the most raw and, in turn, revealing sides of an artist’s practice. Included in the show are projects that are intentionally unfinished as well as those abandoned out of frustration, halted by dwindling resources, cut short by death, or curtailed by political circumstance. Representing cinema in a wide range of intermediary states, these are works that unveil the particularities of their origins, lay bare the vicissitudes of their process and production.

At the heart of the exhibition will be a black box theater with a regular, daily schedule of unfinished films and related works, many of which are rarely screened and some that have never before been exhibited publicly. The lineup—whose diverse contents feature the oneiric episodes of Harry Smith and Leslie Thornton alongside the incisive essays of Godard/Miéville and Pasolini—is anchored by the ultimate unfinished film, Hollis Frampton's Magellan. In its final form, Frampton’s epic cycle was to contain nearly 1,000 films totaling 36 hours in length that would unfold over an entire calendar year, though only a fraction of these were completed. The serial project, metaphorically modeled on Magellan’s circumnavigation of the globe, was to consume the last decade of Frampton’s career and its many ambitions included the “making of a coherent body of work that shall systematically map the terrain of film art, together with its boundaries, according to poetic principles extrapolated or induced from film’s irrational natural history,” or, put simply, “making film over as it should have been.”

Accompanying the programs presented in the cinema will be a constellation of ephemera and works on paper, such as Kenneth Anger’s drawings for Puce Women, the unmade, feature-length version of Puce Moment, and Joseph Cornell’s scenario Monsieur Phot, represented by an edition that Cornell gave to Susan Sontag when they began their correspondence in the mid-1960s. A number of these pieces maintain a more diagrammatic character, like Dziga Vertov's 1936 schema for his unrealized "creative laboratory," or Paul Sharits’ drawings for Passare, a piece that was conceived as a lengthy, many-chaptered film series, but which had its final life as a suite of meticulous, multi-colored notational systems. Here and elsewhere in the show, the work on view is accompanied by another, imagined work, born out of the fantasy of the original’s completion. Said another way, as Frampton did when comparing Magellan to Tatlin's Monument to the Third International, “The Monument was not built. There are other ways to build monuments. The ways to build them are to build them immaterially, in the mind."

Thomas Beard is a founder and director of Light Industry, a venue for film and electronic art in Brooklyn, New York. He recently co-curated the cinema for Greater New York 2010 at MoMA PS1 and is currently working on the film program for the 2012 Whitney Biennial.