The group exhibition features works that serve to oppose media images by means of other images. An artistic reflection on the image itself, on the media and on the contexts in which images are produced, as well as on the treatment of images in politics and society. Works by Adel Abdessemed, Gianni Motti, Adrian Paci, Alfredo Jaar, Walid Sadek... 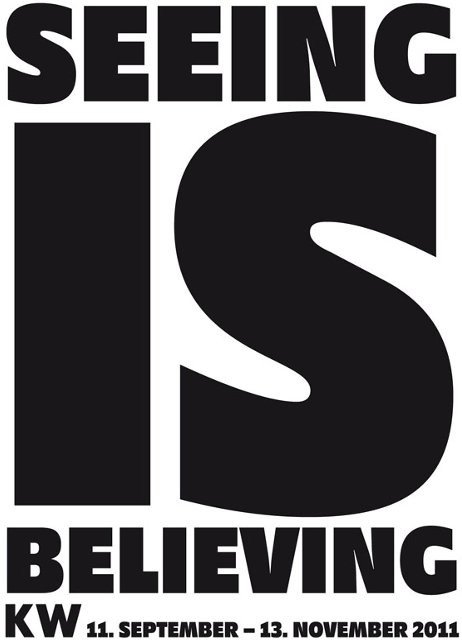 Images of terrorist attacks can be seen live, and within seconds they are dispatched via media portals throughout the world. In the UN Security Council a tapestry with the Guernica motif is veiled, and soon after a satellite photo is presented as a central argument to justify the war. Images of an execution are broadcast live to the White House, though no photos are leaked to the public.

Images spread instantaneously and appear to be the only evidence required to render an event credible and immediate. Seeing is believing, and yet images still manage to overwhelm our imagination, our belief in reality. The realization that images are not merely the objects of a non-media reality but instead create their own realities has become an integral part of the ability to read contemporary images. The visual immediacy of political events, the politicization of images and their uncontrollable speed of circulation have led to intense reflection in contemporary art on the power and status of the image.

The group exhibition Seeing is believing features works that serve to oppose media images by means of other images. The exhibition at KW Institute for Contemporary Art in Berlin is an artistic reflection on the image itself, on the media and on the contexts in which images are produced, as well as on the treatment of images in politics and society. This dual representation is often the conceptual precondition of the works – a genesis of images that refer to images that already already exist.

The works reflect prevailing rules and tendencies of perception and representation as well as the symbolic or manipulative power embedded in an image. The works exhibited exaggerate these rules and tendencies and their power, completely negating them or rendering them absurd: a photo that was used to justify a war assumes three dimensions (Iñigo Manglano-Ovalle). A news station shows pictures of a former American president relaxed and joking immediately prior to his internationally broadcast declaration of war (Gianni Motti). The camera feels its way along the walls of a house, the pop star Madonna is heard in the background, while a war rages beyond this closed space (Nadim Asfar). The last film before the kidnapping and disappearance of an individual becomes an abstract space in the conception of war and life (Joana Hadjithomas and Khalil Joreige).