Style and Subversion 1970-1990. How postmodernism evolved from a provocative architectural movement in the early 1970s and rapidly went on to influence all areas of popular culture including art, film, music, graphics and fashion. The first in-depth survey of art, design and architecture of the 1970s and 1980s, examining one of the most contentious phenomena in recent art and design history. 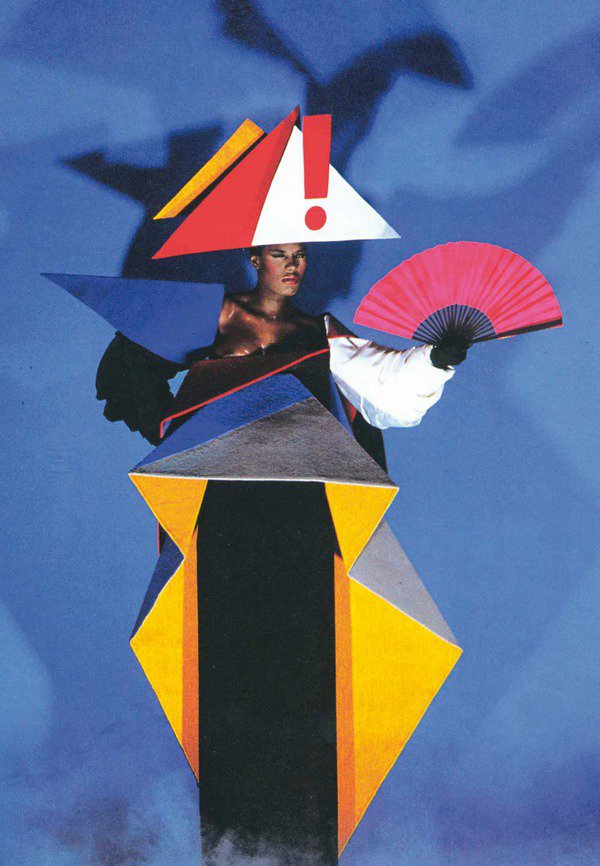 curated by Glenn Adamson and Jane Pavitt The V&A’s major autumn exhibition is the first in-depth survey of art, design and architecture of the 1970s and 1980s, examining one of the most contentious phenomena in recent art and design history: Postmodernism. It shows how postmodernism evolved from a provocative architectural movement in the early 1970s and rapidly went on to influence all areas of popular culture including art, film, music, graphics and fashion.

The exhibition explores the radical ideas that challenged the orthodoxies of Modernism; overthrowing purity and simplicity in favour of exuberant colour, bold patterns, artificial looking surfaces, historical quotation, parody and wit, and above all, a newfound freedom in design. Many modernists considered style to be a mere sideshow to their utopian visions; but for the postmodernists, style was everything.

Postmodernism: Style and Subversion 1970 – 1990 brings together over 250 objects across all genres of art and design, revisiting a time when style was not just a ‘look’ but became an attitude. On display are the subversive designs of the Italian collectives Studio Alchymia and Memphis; graphics by Peter Saville and Neville Brody; architectural models and renderings including the original presentation drawing for Philip Johnson’s AT&T building (1978); paintings by Robert Rauschenberg and Andy Warhol; Jeff Koons’ stainless steel bust of Louis XIV (1986); performance costumes including David Byrne’s big suit from the documentary Stop Making Sense (1984); excerpts from films such as Derek Jarman’s The Last of England (1987); and music videos featuring Laurie Anderson, Grace Jones and New Order.

Professor Martin Roth, Director of the V&A, said: "It feels right to hold this exhibition now, 40 years on from when the first ideas of what we now know as Postmodernism emerged. Many of our visitors will have personal recollections of the time and can reflect on the impact of Postmodernism on their lives as well as on the wider design culture and practice. There are so many layers to the subject that we hope that the younger generation will be interested to discover more about this dramatic period of art and design history, and its lasting impact."

The exhibition is arranged in three broadly chronological sections identifying the key aspects of postmodernism. The first gallery focuses largely on architecture, the discipline in which the ideas of postmodernism first emerged. It shows how ‘high’ and ‘low’ cultural references were blended into a new critical language, which was aimed both at the inadequacies of Modernism and the alienating conditions of late capitalism. This opening section also introduces the way in which postmodern designers and architects like Aldo Rossi, Charles Moore and James Stirling combined motifs of the past with elements of the present.

Designers of the time, including Ron Arad, Vivienne Westwood and Rei Kawakubo, assembled cultural fragments in an ‘ad hoc’ manner, applying the technique of bricolage across many different disciplines. The centrepiece of the gallery is a full-scale reconstruction of an architectural façade by Hans Hollein from the 1980 Venice Architecture Biennale.

The second part of the exhibition is devoted to the proliferation of postmodernism through design, art, music, fashion, performance, and club culture during the 1980s. Performers such as Grace Jones, Leigh Bowery and Klaus Nomi played with genre and gender, creating hybrid, subversive stage personas. Like the music, objects and architecture of the time, these celebrities were themselves constructed from ‘samples’. This section of the exhibition is saturated with audio-visual installations, creating a dynamic club-like space to display objects including fashion photography by Guy Bourdin and Helmut Newton, stage ensembles worn by Annie Lennox and Devo, turntables used by hip-hop pioneer Grandmaster Flash, and dance costumes related to the choreography of Karole Armitage, Kazuo Ohno, and Michael Clark.

The final section examines the hyper-inflated commodity culture of the 1980s. This boom decade saw money become a source of endless fascination for artists, designers and authors.

From Andy Warhol’s 1981 Dollar Sign paintings, to Karl Lagerfeld’s designs for Chanel, consumerism and excess were trademarks of the postmodern. Brands including Swatch, MTV and Disney were also keen to employ leading designers to apply postmodern style to their products; one example on display will be a Mickey Mouse tea set designed by Michael Graves for Disney. As the novelist Martin Amis put it in 1984, ‘money doesn’t mind if we say it’s evil, it goes from strength to strength.’

By the late 1980s, many had started to declare the death of postmodernism – without being quite sure what would take its place. The exhibition concludes with art and design from this uncertain moment, encouraging visitors to consider what relevance the postmodern episode might have for the present day.

The accompanying book, 'Postmodernism: Style and Subversion, 1970-90', edited by Glenn Adamson and Jane Pavitt (V&A Publishing), is available in hardback at £40. For press information about the book contact Julie Chan on 020 7942 2701 or email j.chan@vam.ac.uk

Further information can be obtained by contacting our Press Office at press.office@vam.ac.uk For further Press information please contact Alice Evans or Elinor Hughes in the V&A press office on 020 7942 2508 / 2500 or email a.evans@vam.ac.uk / e.hughes@vam.ac.uk