This show explores all facets of Callahan's work in some 100 photographs, from its genesis in the early 1940s Detroit to its flowering in Chicago in the late 1940s and 1950s, and finally to its maturation in Providence and Atlanta from the 1960s through the 1990s. In 1996, the Gallery organized the exhibition Harry Callahan, which traveled to Philadelphia, Atlanta, Detroit, and Chicago, and included numerous works on loan from the artist. 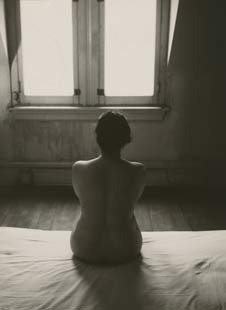 The year 2012 marks the centenary of the birth of Harry Callahan (1912–1999), whose highly experimental, visually daring, and elegant photographs made him one of the most innovative artists of the 20th century.

On view in the West Building of the National Gallery of Art from October 2, 2011, through March 4, 2012, Harry Callahan at 100 will explore all facets of his work in some 100 photographs, from its genesis in the early 1940s Detroit to its flowering in Chicago in the late 1940s and 1950s, and finally to its maturation in Providence and Atlanta from the 1960s through the 1990s. In 1996, the Gallery organized the exhibition Harry Callahan, which traveled to Philadelphia, Atlanta, Detroit, and Chicago, and included numerous works on loan from the artist.

"Using the rich holdings of the Gallery's own collection of Callahan's work, as well as a large collection of photographs on long-term loan from the artist's widow, the exhibition will reveal the remarkable consistency of his vision and will demonstrate how his strong, inventive formal language repeatedly enriched his art," said Earl A. Powell III, director, National Gallery of Art.

Organized thematically and chronologically, Harry Callahan at 100 will examine Callahan's work in relation to the places where he lived and to his family, unveiling his unparalleled devotion to both his subjects and the medium of photography.

In his earliest photographs made in and around Detroit, Callahan explored the limits of the camera, constructing photographs of multiple exposures in both black-and-white and color. In works such as Twig in Snow (c. 1942) and Store Front and Reflections (c. 1943), he sought to capture simultaneously the simplicity and complexity of nature and the theater of urban life.

Callahan continued his aesthetic and technical experiments through photographs of his wife, Eleanor. His nudes play with dramatic contrasts of light and dark: his layered multiple exposures reveal Eleanor's body against landscapes and frosted glass windows (Eleanor, Chicago, 1948). His photographs of his wife and their daughter, Barbara, in the lake, the city, and the woods (Eleanor and Barbara, Lake Michigan, c. 1953) exploit the spontaneity and intimacy of snapshots—yet, paradoxically, were made with a large, cumbersome 8- x 10-inch view camera.

Callahan's twin interests in the city and the land expanded during his years in Chicago and Providence, where he created both spare and evocative photographs of the natural landscape and complex compositions of urban architecture and pedestrians. He began to document anonymous women on the streets of Chicago, first in close shots of squinting eyes, open mouths, and downcast faces seen in Chicago (1950), then in full-figure shots from a low angle that feature the women against backgrounds of skyscrapers and flagpoles, as in Chicago (1961).

In the 1970s Callahan returned to color photography, continuing to push the boundaries of the medium, seen in the well-known Providence (1977). Taken in Atlanta and during travels abroad, his late photographs emphasized vibrant colors, long shadows, and the complex humanity of urban life, seen in Morocco (1981) and Atlanta (1985).

Harry Callahan (1912–1999)
Born in Detroit in 1912, Callahan began to photograph in 1938. Although he received no formal training in the medium, his exceptional talent was immediately recognized. In 1946 László Moholy-Nagy hired him to teach at the Institute of Design in Chicago. There and at the Rhode Island School of Design (he moved to Providence in 1961) he taught generations of younger photographers, inspiring them both with the creativity of his vision and his steadfast commitment to the medium. In a career that spanned nearly six decades, he repeatedly explored a few select themes—his wife Eleanor and daughter Barbara, nature, and the urban environment. Yet each time he returned to a familiar subject, he reinvented it, endowing each photograph with both a personal and symbolic significance.