In "Will we ever be able to mark enough?" Shilpa Gupta presents works which stems from an alertness to global politics and economics as they shape everyday aspects and experiences of life. The transcultural relevance of her work reflects the reach of her exploration of issues that are points of anxiety or contest in our globalized world. Mexican artist Ricardo Cuevas is presenting an exhibition refer to books and, by way of this medium, to languages. Through visual and sound language his works call upon our senses first and foremost, in a phenomenological approach. 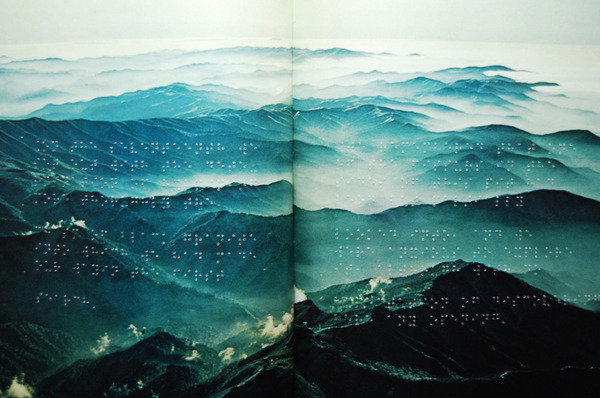 Shilpa Gupta
Will we ever be able to mark enough?

The Darling Foundry is proud to present Will we ever be able to mark enough? Indian artist Shilpa Gupta's first solo exhibition in Canada.
The work of Shilpa Gupta stems from an alertness to global politics and economics as they shape everyday aspects and experiences of life. The transcultural relevance of her work reflects the reach of her exploration of issues that are points of anxiety or contest in our globalized world. At the same time, her work has an almost conversational character, personal and even intimate.  Gupta's works take form according to the conceptual foundation and concerns of each piece. This exhibition, primarily of new work commissioned for the exhibit, includes a video projection, mixed media installations, book works, large-scale photography, and more. Her works often have a strong base in process or interactivity and many address charged situations in the lives of marginalized persons and groups.

In recent years, Gupta's work has probed the polarities of anxiety and security as they manifest in a kind of formalized cultural mundanity of threat and defense. Amongst these is a new installation in which she reworks objects of everyday life—scissors, tweezers, plastic knives, cigarette lighters—confiscated from travelers as devices of potential danger by security services at Trudeau International Airport.

A related concern in her work has been the intersecting issues of nations, borders, militarism and identity. These issues take on a distinct emphasis in a book of maps hand-drawn by Montreal residents, who were randomly approached in different parts of the city and asked, in French or English according to the language spoken by the participant, to "please draw a map of your country." The ensuing maps delineate imprecise landmass and borders, even as they display diverse, discordant national identifications.

Shilpa Gupta lives in Mumbai (India) and this is her first solo exhibition in Canada. Renee Baert is an independent curator based in Montreal.

The exhibition is a co-production of Darling Foundry and Cargo Curatorial Group.

This exhibition is generously supported by the Canada Council for the Arts and the Ministère des Relations Internationales du Québec. All programs and activities of the Darling Foundry are supported by the Conseil des Arts et des Lettres de Québec, the Montreal Art Council, individual membership and private donations.

Ricardo Cueva
From Aachen to Iser

All vision takes place somewhere in tactile space since vision is palpation by the gaze.
Maurice Merleau-Ponty

Whether it is by their form or by their meanings, the works Mexican artist Ricardo Cuevas is presenting in his exhibition “From Aachen to Iser” at the Darling Foundry refer to books and, by way of this medium, to languages. Through visual language and sound language, yet beyond the visible and the audible, the artist’s works call upon our senses first and foremost, in a phenomenological approach. “The visible is what we grasp with our eyes, the sensible is what we grasp with our senses”, Maurice Merleau-Ponty states in the first pages of one the most significant works in the philosophy of art in the XXth century, The Phenomenology of Perception, where he calls on the reader to rethink the notions of feeling, seeing, hearing.

In Fear no Thunder, nor Lightning, a blind man reads a text written in Braille, from pages of a book on which the panoramic image of a mountain landscape is printed. Walking with the Ghost is a closed book that can never be opened without destroying its content, since the text is printed on photographic paper that was developed, but not fixed. The viewer is thus caught in a dilemma the artist likens to that of Dmitiri Nabokov, son of writer Vladimir Nabokov who, in his will, asks his heirs to destroy his last manuscript. Index reveals the handling and reading of a book in Braille by a blindman where the process of reading turns into a drawing, while in Understanding, a how-to book about photographing the cosmos, most of the letters are blocked out, leaving only the ‘O’s and ‘zero’s in plain view.

12 000 words often mispronounced is a book that compiles the transcribing of the 12,000 words most often mispronounced in the English language. The artist offers a sound version, not of the pronunciation, but of the recording of the handwriting of each of those words, along with the installation of 276 sheets covered with his handwriting. The installation, despite occupying most of the material gallery space, plays as a support for the execution of the work, but not as the ultimate work - the captation of the sound itself, which is immaterial. Redemption is the most recent work by Ricardo Cuevas, created at the Darling Foundry as part of the Residency of the Americas of the Conseil des Arts de Montréal. It consistsof a prie-dieu that broadcasts racist jokes. The only piece not involving paper and writing, it still features the tension between message and medium found in all the artists’ works. With an approach that is both conceptual and phenomenological, Ricardo Cuevas questions the way these different languages intermix, echo each other, and sometimes contradict each other, using this duality between the material and the immaterial, the visible and the invisible as a crucial springboard for his creative process. Caroline Andrieux