The Indiscipline of Painting: International abstraction from the 1960s to now is an international group exhibition including works by American and European artists made over the last five decades and features major new commissions and loans selected by British painter Daniel Sturgis. Alongside this exhibition there is a special focus on the Barbara Hepworth Museum and Sculpture Garden, exploring one of the twentieth century's greatest abstract sculptors. 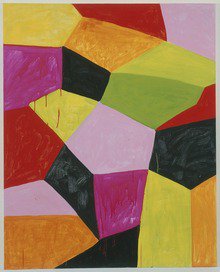 The Indiscipline of Painting: International abstraction from the 1960s to now

The Indiscipline of Painting is an international group exhibition including works by forty-nine artists from the 1960s to now. Selected by British painter Daniel Sturgis, it considers how the languages of abstraction have remained urgent, relevant and critical as they have been revisited and reinvented by subsequent generations of artists over the last 50 years. It goes on to demonstrate the way in which the history and legacy of abstract painting continues to inspire artists working today.

The contemporary position of abstract painting is problematic. It can be seen to be synonymous with a modernist moment that has long since passed, and an ideology which led the medium to stagnate in self-reflexivity and ideas of historical progression. The Indiscipline of Painting challenges such assumptions. It reveals how painting’s modernist histories, languages and positions have continued to provoke ongoing dialogues with contemporary practitioners, even as painting’s decline and death has been routinely and erroneously declared.

The show brings together works by British, American and European artists made over the last five decades and features major new commissions and loans. It includes important works by Andy Warhol, Frank Stella, Gerhard Richter and Bridget Riley alongside other lesser known artists such as Tomma Abts, Martin Barré, Mary Heilmann and Jeremy Moon.

The Indiscipline of Painting is a collaborative project between Tate St Ives and Mead Gallery, Warwick Arts Centre. The exhibition travels to the Mead Gallery and opens on the 14 January 2012, running until 10 March 2012.

The exhibition will be showing works from the following 49 artists (in alphabetical order):

Alongside The Indiscipline of Painting, which looks at the history and legacy of abstract painting, there is a special focus this season on the Barbara Hepworth Museum and Sculpture Garden, exploring one of the twentieth century’s greatest abstract sculptors.

Barbara Hepworth moved to St Ives, along with her husband Ben Nicholson and young family, at the outbreak of the Second World War. “Finding Trewyn was a sort of magic”, she wrote of the St Ives studio – now the Barbara Hepworth Museum – where she lived and worked from 1949 until her death in 1975.

Following her wish to establish her home and studio as a museum for her work, Trewyn Studio (and much of the artist’s remaining work there) were given to the nation and placed in Tate’s care in 1980. It displays sculptures in bronze, stone and wood, both in the house and integrated into the subtropical foliage of the garden, along with paintings, drawings and archival material preserved in the artist’s workshops.

Following the recent opening of The Hepworth Wakefield there has been a renewed interest in the artist and her work. This new purpose-built gallery, designed by David Chipperfield in the town of Hepworth’s birth, is now home to a collection of plasters, prototypes, tools and ephemera, many of which have been relocated to the museum from St Ives.