Throughout "Zero Point", Ambrosio points towards an ominous future where the natural world has reclaimed the earth from a society that has lost its way. 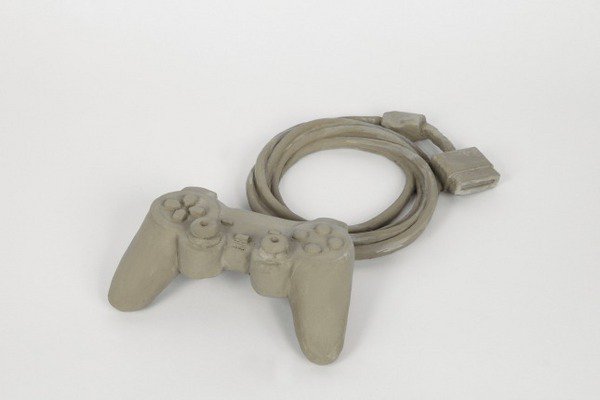 “What the caterpillar calls the end, the world calls a butterfly.”
-Lao Tze

Maddox Arts is pleased to announce Maddalena Ambrosio’s ‘Zero Point’. The exhibition is comprised of installation, sculptures and digital prints and marks Ambrosio’s first London solo show since 2007. The Neapolitan artist has exhibited throughout Italy and internationally for over a decade.

Throughout ‘Zero Point’, Ambrosio points towards an ominous future where the natural world has reclaimed the earth from a society that has lost its way. Her response to the vision of this uncertain world is not one of trepidation, but rather, to be seen as a cause for celebration of natural beauty and as an opportunity to return to an age of harmony.

Through sculptural works st the artist appropriates icons of 21 century ephemera reimagining them in terra cotta. By framing these ubiquitous objects against such a timeless medium she is able to cast them in an otherworldly light revealing their inherent beauty and essential quiddity- rendering the familiar, arcane and the mundane, extraordinary. Video game controllers, household-cleaning products and digital cameras all become fossilised, artefacts-in-waiting for future generations. ‘Zero Point’ urges the viewer to acknowledge the transience of the material world and the need to readdress our relationship with it.

In ‘Last Supper’, the artist delineates Da Vinci’s masterpiece to its constituent elements via digital mapping processes that drain the work of its painterly qualities leaving us a spectral impression that is at once familiar and alien. We are presented with a skeletal image of the iconic painting, the bones of its composition viewable and the genetics of its form revealed.

The doctrinal notion of Christian rebirth is reinterpreted into a digital era where the fundamentals of reality are expressed though computerized geometry and infinity is expressible through aesthetic- mathematical formulas. Echoes of the Italian Renaissance reverberate throughout ‘Zero Point’ as comparisons are drawn between our parallel epochs and their various disparities.

‘Bread’ utilizes a tower of interlocking baguette flutes that climb the height of the gallery before attempting to sprout through the gallery ceiling. Mirroring the double helix of genetic science, ‘Bread’ demonstrates Man’s irrepressible urge to progress, and evinces the destructive tendency of unfettered consumption. The broken communion bread is a further reminder of the Christian ritual of the Eucharist and the use of bread, like that of terra cotta, evokes a time when the senses were better attuned to nature.