"Entangled in the amber glow of a weary woven world": a solo show featuring four new works by Keith Tyson. 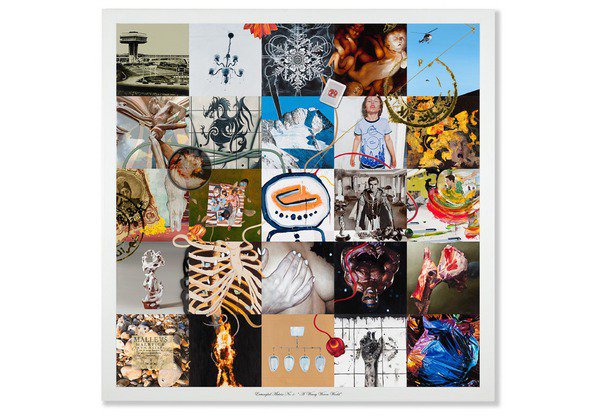 David Risley Gallery is proud to present an exhibition of four new works by Keith Tyson.

Tyson’s relentlessly expansive practice, a 20-year journey that has included drawing, painting, sculpture and large-scale installation, may be most readily defined as an engagement with systems. A system is a means of ordering and negotiating ideas and things. Tyson is faithful to systems because they allow him to be open to the infinite complexity of the world.

These systems have ranged from computers, running algorithms that determined the precise terms of artworks to be made, to meticulously arranged sculptural installations in which the viewer becomes the generative agent, catalyzing narratives and connections from inside the composition.

This exhibition marks a decision, according to the artist, to “engage in a dialogue with the system.” It is a softening of the rules and a turning inward inspired in equal measure by the medium of painting and the knotted, spiraling and interconnected life we live with modern technology——the ‘world wide web’ to which the exhibition title obliquely refers. “Organic systems don’t add extra cells to grow, they split,” Tyson explains, “they get furry and more refined inside, and see their relative position to each other from within.”

Entanglement Matrix 1 (2011), the central work on display, is a five-foot-square lightbox derived from a 25-panel painting-in- progress. Those 25 discrete figurative panels operate, at one level, as sculptural installations such as Large Field Array operated: there are chains and groupings linking the images in lines and boxes, allowing the viewer the reassurance of narrative. Fighting these “frozen moments,” however, is the never-ending compulsion, a painter’s compulsion, for artistic flourish and indulgence. Compositional, gestural and poetic threads weave the work tighter as it becomes progressively unresolved. Tyson describes it as an “ever-increasing dynamic,” a desire for completeness despite our knowledge that all we are able to generate is a tangle of potential.

“Painting is an artform that has to exist in the glow of this ever-increasing dynamic,” the artist explains. To earn a completed painting is to resign oneself to the unknowable forces that illuminate it while also, always, taking comfort in the “esoteric ritual” of dialogue that allows its creation. The works in this exhibition shine intimately on the viewer, each other and the artistic act. It is the tenderness of the glow, though, warming from within, that is felt most of all.