Volume - Works from the collections of "la Caixa" Foundation and MACBA - features a selection of 350 works by 75 international artists to trace out a path that alternates between the sculptural and acoustic dimensions to pinpoint the turn of the 21st century as the moment when sound and the voice became consolidated as the most essential materials in artistic production. 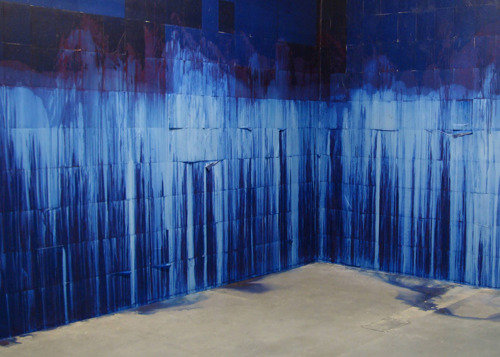 Volume!
Works from the collections of "la Caixa" Foundation and MACBA

Under the title Volume!, MACBA, the Museu d’Art Contemporani de Barcelona, presents the first in a series of major exhibitions jointly organised with ”la Caixa” Foundation with the purpose of different selections from amongst the 5,500 works in their combined collections.

The second show in the series, The Persistence of Geometry, will open at CaixaForum Madrid in mid-December this year. The new contemporary art collection is the result of an agreement signed in July 2010 by Isidro Fainé, president of ”la Caixa” and ”la Caixa” Foundation, and Leopoldo Rodés, Chairman of the Board of the MACBA Foundation, and later extended to include the MACBA Consortium.

Now, in Volume!, a selection of 350 works by 75 international artists fills the entire MACBA exhibition space to trace out a path that alternates between the sculptural and acoustic dimensions to pinpoint the turn of the 21st century as the moment when sound and the voice became consolidated as the most essential materials in artistic production. The most outstanding features in this route around the Museum are a series of specific sections that operate as separate exhibitions.

Volume! will coincide in time with the unveiling of two more selections from the new contemporary art collection: the first of these, The Persistence of Geometry, will open at CaixaForum Madrid in mid-December whilst, in towards the end of January 2012, the Guggenheim Museum of Bilbao host The Mirror Reversed. Later on, in November of the coming year, CaixaForum Palma will host a further fresh take on the collection. Finally, MACBA and ”la Caixa” Foundation will follow all these initiatives up with joint projects aimed at generating increased understanding and enjoyment of the most recent art and at increasing the presence of the new collection and their joint actions on the international contemporary art scene.

The new exhibition presented by MACBA provides the ideal framework for investigating one of the Museum’s main avenues of work: the exploration of artistic practices from the mid-twentieth century to the present. Within MACBA's programming, this idea has fuelled a long-term project based on an organic and open concept of the Collection, which connects the various presentations with the temporary exhibitions. MACBA is interested in expanding the perception of the arts beyond visuality, toward the fields of sound and voice as creative materials. To that aim we have also developed a programme at Radio Web MACBA, online resources, and a variety of activities within our Public Programme.

Volume! proposes an interpretation of the transition from the twentieth to the twenty-first century based on a paradigm shift in art in terms of materials, sensory aspects and programming. The exhibition questions the clichés that identify the twentieth century as the ‘century of the image’ and the 1980s with the supremacy of painting (the 'great irony’, as Brian O'Doherty writes in the afterword to his seminal work Inside the White Cube, of 'a reconfirmation of all that had been laid bare and rejected'). Instead, the exhibition places the pre-eminence of sculpture and photography at the centre of change at the turn of the present century, by rejecting and surpassing the Minimalist principIes that had dominated sculpture until the seventies, and, in the case of photography, by going beyond the concept of the document in favour of a new aesthetic dimension.

Volume! identifies the turn of the century as the moment of consolidation of sound and voice as materials for artistic production. The new model is rooted in experimental video and cinema works that favour a narrative language that gradually frees itself from the image. Precedents for this interest can be found, however, in Dadaist phonetic poetry from the early twentieth century, and in the poésie sonore and Lettrist experiments that followed the Second World War. More recently, as well as the reflections of theoreticians such as Roland Barthes and Mladen Dolar, whose contributions steered the visual arts toward an interest in sound, we have had the new technological possibilities for recording, altering and reproducing the voice. The relationship between voice and image, vocal experimentation, the inner voice and the voice of power, are some of the approximations to the human voice that can be found in this exhibition.

Echoing the formal and material innovations introduced by the historic avant-gardes in the early twentieth century, contemporary artistic practice has dethroned the eye as the hegemonic sense and reinstated hearing in a real and contingent body. The white cube, that 'machine for looking' associated to an idea of the museum as inherited from the past, is showing its age. The viewers, re-embodied, have acquired a near-choreographic quality and outstripped its limits through a multiplicity of experiences. The three-dimensional nature of the Euclidean volume (from classical physics) has been replaced by the volume of sound and voice. This change in material has worked profound changes on the perceptive system and on behaviour: based on the convention dominated by what is visual, we can begin to narrate a multi-sensorial history of art.

The narrative itinerary proposed by this exhibition has been conceived according to a circular diagram that connects the different Museum levels. From a chronological point of view, the itinerary begins at Level 1, branching out from there in two directions: one leading from the visual space of painting and photography toward sculptural volume, further developed on Level 2; and another leading to acoustic volume, developed mostly on Level 0. Each area contains a series of superimpositions that form the poetic humus of the different narrations and metaphors.