Echoes. The artist continues to create work through a unique combination of primitive forms of representation and the mystical thought of shamanism and animism. In his representation of such ideas, Maeda has created installations which attempt to reconstruct experiences from his daily life. 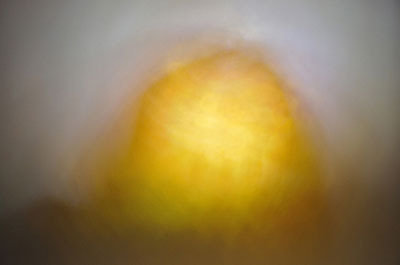 A primordial light is released
All spiritual existence will reflect the light
And when the light reaches us after repeating this reflective process
Light is engraved upon the North, East, South and West

Maeda has continued to create work through a unique combination of primitive forms of representation and the mystical thought of shamanism and animism. In his representation of such ideas, Maeda has created installations which attempt to reconstruct experiences and images from his daily life. Through the presentation of installations comprised of sculptural objects, light, and sound systems linked to the wavelength of light, Maeda has endeavored towards the creation of spiritual spaces in which light is accumulated, in turn allowing viewers to encounter the spirit of the light.

For his installation exhibited at the Yokohama Triennale 2011 "Our Magic Hour –How much of the world can we know?" Maeda presented a new body of work entitled ‘THE SEVEN SEASONS’ based on anthroposophy, a philosophy developed by Rudolf Steiner. The seven planets within the installation in turn linked to the seven processes which in Steiner are believed to lead to the evolution of the human race (or all living things), through a series of symbolic devices

Maeda's early career as an independent contemporary artist began with his participation in the group exhibition "study" (Taka Ishii Gallery, Kiyosumi, Tokyo, 2003), and has since been followed by his inclusion in international group exhibitions: "Magic Village COSMIC WONDER Yukinori Maeda" (MU Art Foundation, Eindhoven, 2005), "Space for Your Future" (Musuem of Contemporary Art Tokyo, 2007), "Mellow Fever" (galerie des galerie, Paris, 2008). In 2010, Maeda presented a light installation composed of an illuminated space, photographs, and sound as part of the group exhibition, "MOT Collection: Plastic Memories – Illuminating the Now" (Museum of Contemporary Art, Tokyo) and has consistently continued to strengthen his international presence while expanding his activity domestically.