Jon Campbell, Pier Giorgio De Pinto and Andrea La Rocca. The show sets out to tackle the universal theme of the portrait and the self-portrait: not through a strictly traditional, historical interpretation, but through one of analysis. 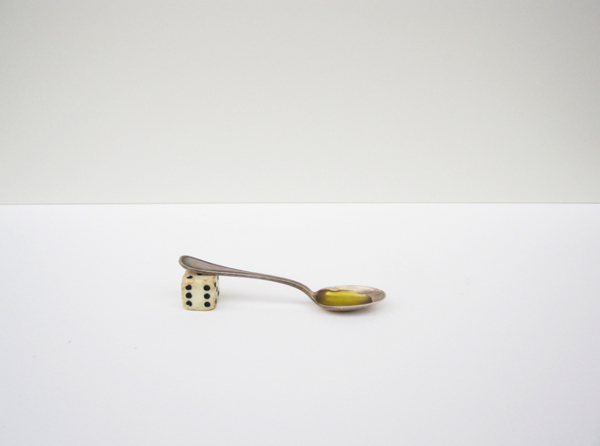 Following the exhibition REFLECTIONS OFF WATER SOFTEN IMPRESSIONS, whose topic coagulated around the concept of history and historical awareness, of travel, of wandering and of the diaspora as an indispensable osmotic evolution, PORTRAITS: REFLECTED VISION now sets out to tackle the universal theme of the portrait and the self-portrait: not through a strictly traditional, historical interpretation, but through one of analysis.

The artists showing are Jon Campbell (D, 1982), Pier Giorgio De Pinto (CH, 1968) and Andrea La Rocca (I, 1983).
Tackling the topic of the portrait is out of the question today without considering the late nineteenth and early twentieth centuries, whose concept of avant-garde rendered not only art itself subjective, but also necessarily how we look at and see an image. While what philosophy recognises in a portrait is a mere representation of reality, for early twentieth-century psychoanalysis the iconological approach to the image became more complex, despite taking part in the continuous fragmentation between the ego and the id, between reality and surrealism and/or hyperrealism.
As we now reposition ourselves within a mercurial landscape like that of artistic idiom, and in a period of major mystifications in the fields of communications, finances and, more generally, mere virtual reality, this process of interpretation has now become vital.

While on the one hand we have Jon Campbell who investigates the concept of identifying with the model portrayed, using the traditional medium of figurative painting, Andrea La Rocca occupies three rooms to amalgamate his sexual obsessions, as reflected in the behavioural portrait of a middle-class society (and its paradoxes), adopting an analytical approach to redefine behavioural and social identities. The three rooms he uses are

Pier Giorgio De Pinto brings several different media spaces together in his project entitled STRANGE FRUITS. Primarily, his specific working media are video projections and drawings in graphite on black paper. Mapping the body as a personal genius loci referred to a clearly identifiable psycho-geography is one of the themes on which the artist is working, drawing thematic inspiration from the television and cinema scene, as well as from the society that surrounds us. While television and mass communications media have inured us for years to the everyday and commonplace use of the body, De Pinto now calls our attention to the fundamental importance of artistic idiom for making an analytical elaboration of what has been functioning for years as a dominant iconography and a stereotype of human and social behaviour. His aim, then, is to provoke by restoring an iconological and political meaning to the image.

Three artists use three different idioms to achieve profound expressions, adopting an irreversible, circular and interchangeable manner to look, observe and represent the other, others and themselves: the society we live in and that sees itself reflected in us. Campbell achieves this with a pleasant, interesting retro-garde return to figuring and to the model to compenetrate; La Rocca by applying a constant process of performative marginalisation of the means of production within the confines of a fluid evolution of the installation/performance, and De Pinto by thwarting the increasingly marked dichotomy between real and virtual society and the production of stereotyped images, putting the observer’s vigilant eye back into his discourse.