Written in Light (1840-1930). The third part of the project delineates the infancy of photography, from the moment when the Frenchman Louis Jacques Mande' Daguerre developed the photographic process of the daguerreotype in 1839, to August Sander's fascinating project People of the 20th Century. In six rooms the museum presents several pio-neering feats of photography. 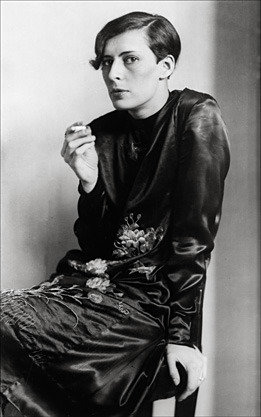 The new presentation will be launched in three steps. The first part, Another Story: Possessed by the Camera, highlighting contemporary photo-based art, will be followed by the opening of Another Story: See the World!, on the period 1920-1980. This autumn, finally, the museum will revisit the birth and early years of photography. Another Story: Written in Light focuses on the pioneers from 1840 and up to the first three decades of the 20th century.

The third part of Another Story. Photo- graphy from the Moderna Museet Collection has the subtitle Written in Light. It delineates the infancy of photography, from the moment when the Frenchman Louis Jacques Mandé Daguerre developed the photographic process of the daguerreotype in 1839, to August Sander’s fascinating project People of the Twentieth Century, black-and-white portraits of German citizens from the first half of the 20th century.

In six rooms we present several pio-neering feats of photography, unique works that contribute to Moderna Museet’s exceptional position among photography-collecting institutions. The section includes Julia Margaret Cameron, who portrayed famous Brits in the 1860s, revealing both their inner and outer character. Guillaume Berggren’s photographs from 1880s Constantinople are legendary, as are Carleton E. Watkins’ documentation of the American West a few decades earlier. In addition to portraits, landscapes, nature and architecture were typical subjects for the early photographers. A few examples of present-day photography are inter- spersed, for instance Tom Hunter’s series in which he explored the urban landscape in the wake of industrialism around the turn of the millennium.

What does pictorialism stand for? In one of the larger rooms, we show photographs from the late 1800s up to the outbreak of the First World War, by photographers who were primarily fascinated by optical and visual issues. A seminal figure in the field of art photography is Henry B. Goodwin, famous for his striking artist portraits, painterly nudes and softly hazy Stockholm views.

Photography literally means “written in light”. The various experiments and remarkable documentations shown here encompass Nils Strindberg’s pho- tographs from a disastrous balloon expedition to the North Pole in 1897. Three decades later, his negatives were developed, and the resulting prints are now in the Moderna Museet collection of photography.

In conjunction with Another Story, our ambitious photographical venture, the museum has produced a richly illustrated book with the same title. We heartily recommend it and hope you will come back several times!