Pop and the Sixties

Pieces from the museum's permanent collection. With over 60 artworks, the exhibition looks at the broader historical situation surrounding the special exhibition on Claes Oldenburg, establishing links and analogies to the inernational context of the Pop Art phenomenon, with works by Robert Indiana, Roy Lichtenstein, Andy Warhol, David Hockney, Richard Hamilton and Raymond Hains. 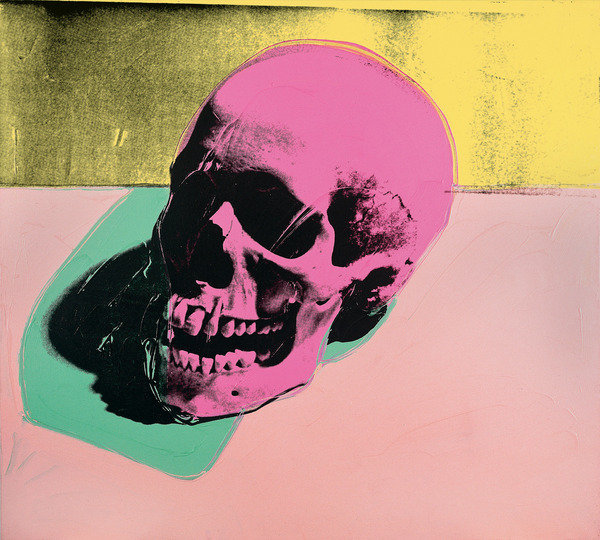 This February at the mumok: Pop is everywhere! Parallel to the world’s largest exhibition of the early works of Claes Oldenburg, one of the principal figures in the American Pop Art scene, the museum presents Pop and the Sixties showing pieces from its permanent collection. With over 60 artworks, the exhibition looks at the broader historical situation surrounding the special exhibition on Claes Oldenburg, establishing links and analogies to the inernational context of the Pop Art phenomenon, with works by Robert Indiana, Roy Lichtenstein, Andy Warhol, David Hockney, Richard Hamilton and Raymond Hains.

Pop Art
The artworks of Pop Art quickly became icons of a broad social and artistic transformation. No other development in art during the 20th Century managed in such a short time to gain such notority in the international art market and then enter into prestigous collections. The depiction of the “American Way of Life” based on everyday experience as expressed in Pop Art influenced new conceptions of what constitutes reality in European art movements during the 1960s including Nouveau Réalisme, Fluxus and Arte Povera. After years of the dominance of abstraction, which had increasingly deteriorated to an academic fashion, the return of the real in art was in the ascendant. This change in art reflected a society in transition that appeared to be dominated by consumerism, advertising and the media. With a selection of representative works from the collection, the exhibition illustrates the interrelationship between reality and art found during this exciting chapter in the history of art.

Thanks to the art collectors Peter and Irene Ludwig and the Austrian Ludwig- Stiftung, the mumok possesses an internationally renowned collection of Pop Art. The Ludwig family was one of the earliest and most consistent collectors of Pop Art. With foresight and meticulous attention to high quality, they were able to put together one of the world's most important collections.

Exhibition
The exhibition features many famous works including prominently Andy Warhol's Orange Car Crash (1963), one of the major works in the museum's collection, where behind the cult of celebrity and glamour that went along with the person Warhol, a poignant confrontation with death appears amidst a commercially-oriented and materialistic society. While Roy Lichtenstein's work Mirror in Six Panels No. 1 (1970) created a discourse on the relationship between reality and illusion; Robert Indiana’s Love Rising /Black and White Love (for Martin Luther King) (1968) opened a historical-political dimension with its commentary on racial discrimination; Jasper Johns’s work, in turn, explores the relation between realistic representation and the object world; and Robert Rauschenberg’s Combine Paintings bring together the heterogeneity of painting, photography and various objects within a single work.

Together with the protagonists of American Pop Art, the works of their British contemporaries, Peter Blake, Richard Hamilton and David Hockney along with the European realisms of the 1960s all give us a good idea of the extent to which the fascination with everyday culture had become a broad, international phenomenon. Enormous enlargements (Domenico Gnoli, Raymond Hains), unexpected combinations (Konrad Klapheck) and images that are literally ripped from the street (Mimmo Rotella) celebrate the seeming banalities of our world and at the same time establish a connection to the work of Claes Oldenburg. In this way, the exhibition develops the larger context of the special exhibition, showing the many parallels and analogies between artists at the time. It is precisely through alienation and deformation that we are able to look beyond everyday structures to gain a new sense of reality. The thematic arrangement that sets American and European positions in relation to each other enables new comparisons and perspectives both on the period and the artworks caught between forthright depictions of reality and extravagant glamour.