Cube Cell Stage. Danz' work extends across the disciplines of drawing, installation, photography, performance and music. The human body, as the foundation for the formation and appropriation of knowledge, is an important point of reference for her. With her band UNMAP she will give a concert and stage a new performance in the accompanying program of the show. 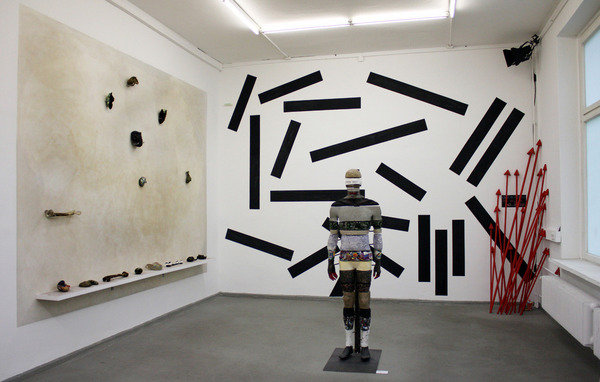 Presented in cooperation with Kunstverein Göttingen

“How to know?” sings German-Irish artist Mariechen Danz (born 1980 in Dublin, currently living in Berlin) in one of her performances. This question turns out to be central to her entire artistic practice. Knowledge in all its myriad facets – its production, history, appearance in different cultures and sciences, communication, objectivity, use as an instrument of power – form the core of her work. Danz’ work extends across the disciplines of drawing, installation, photography, performance and music. In cooperation with the Kunstverein Göttingen, the GAK Gesellschaft für Aktuelle Kunst in Bremen presents the first institutional solo-exhibition of work by Mariechen Danz to unite her various fields of practice. Staged across two sites, the collaboration between these two institutions will reflect the artist’s processual approach to art-making, as Danz builds on the exhibition concept implemented in Bremen in a second show in Göttingen.

The human body is as a point of reference in Danz’ work, to which, in an anthropological manner, she returns time and again. It presents a foundation for the formation and appropriation of knowledge (“The body is a problem, a problem in the positive sense, not just as an obstacle but as a vehicle for thought and action”, states Danz in one of her performances). In reverser the body has also been the object of scientific inquiry for centuries. Danz’ art brings the dual function of the body as the producer and examined object to the fore. Models of the brain often appear in her work, symbolizing the supposed centre and the place of knowledge. The intestines, on the other hand, represent a funnel and disseminator (of knowledge). In her performances Danz frequently slips into costumes adorned with faux organs, underscoring the presence of corporeality. Within her work, the image of the body is at once an image of knowledge and the ideas represented through it.

The exploration of performance plays an important role within Mariechen Danz’ artistic practice. Drawings form the starting point of this process, followed by sculptures, stage-like ensembles and photographic works. These explorations trace the contours of her conceptual concerns, contrasting the ephemeral denouement of the performance with moments of permanency. The performance itself is the final moment in this process, breathing life into the other media as it expands the conceptual horizon of its viewers and communicates its ideas. But unlike her drawings, objects and photography, Danz’ performance work does not stand solely, but needs to be infused with other disciplines.

Embedded within the exhibition room within a framework of diverse objects, Danz’ performances unite a traditional vocabulary of form with catchy pop music. Within a stage-like frame the plot underlying these performances unfolds, acted out by lavishly costumed figures and accompanied by song and music. In her role as protagonist, Danz sets the pace within the resulting interplay of improvisation and plot-driven action. Her performances are reminiscent of contemporary mini- operas and interrogate social forms such as the insignia of power, and systems of order and communication as she circles the question of “How to know?” Mathematics, language, biology and anatomy are her theatrical props, appearing in the form of matrices, diagrams, speech bubbles and body parts.

Within these works, Lacanian theory meets the grotesque: to lend her vision of the fragmented body a concrete form, Danz works with figures composed of detachable elements and internal organs, which she distributes to the audience during the performance or integrates within the exhibition context as sculptural elements.
In doing so, Danz holds an independent position within the field of performance, while not denying her debt to the formal legacy of Marina Abramovic, and drawing on the work of fellow artists such as John Bock. Her work successfully translates the emotive and absurd elements of body theory into a game, uniting the critical potentials and the pleasure of drama. Danz is also a musician and performs with her own band project – UNMAP.

These exhibitions will be complemented by the release of a catalogue by Distanz Publishing. Featuring a range of texts and an extensive collection of images, this catalogue is the first attempt to trace Mariechen Danz’ artistic practice in book form.

Image: Knot in Arrow: the Dig of No Body, 2011. Installationsansicht based in Berlin. Courtesy Galerie Tanja Wagner, Berlin