Zhuiku Tablet features a dozen artworks including photographs and paintings, which around a fictitious theme develop profound configurational interpretation. 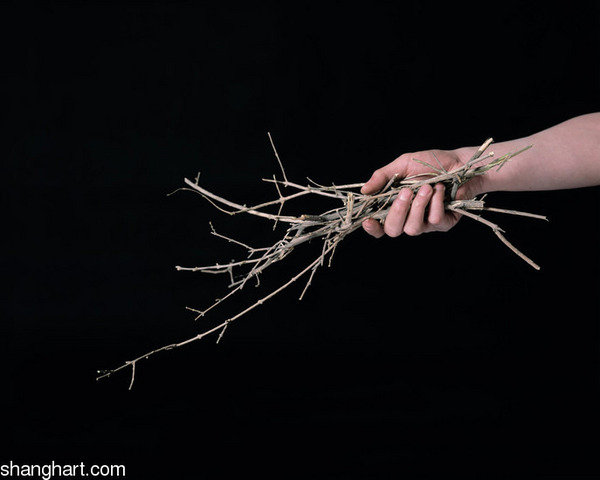 As the first solo exhibition staged in ShanghART Beijing in 2012, it is going to be the debut of a dozen artworks including photographs and paintings, which around a fictitious theme develop profound configurational interpretation. Uniquely characterised by semantic ambience of notes and essays, the exhibition is deluged with anxiety and darkness, where correlation between paintings and photographs is unified in the filed of lingual fantasy. Since 1999, CHEN Xiaoyu has been concentrating himself mainly in photography while this exhibition, with the set of photos, speaks another attempt by the artist over long-term practice in this very realm.

"Zhuiku Tablet" Annotation, furnishing pictorial annotation of Zhuiku Tablet, a book from which both rhetorical and emotional elements are introduced and unfolded as premise of painting or photography creation, renders imaginatively a withering and waning world infused with verbal consciousness, uttering a passive voice to a few elementary illusions.

Image: CHEN Xiaoyun, Dammit, Even Sadness Is Labeled as a Morality Form, 2012