Masterpieces in the MAS

The MAS opens with a temporary blockbuster exhibition: Five centuries of images in Antwerp. It shows how in the sixteenth and seventeenth centuries Antwerp was a world centre of the visual arts, but also how the city-on-the-Scheldt is still as innovative as ever in that area today. Works by Jan van Eyck, James Ensor, Marlene Dumas, Rubens... 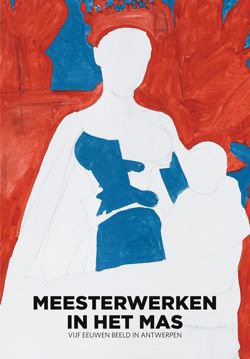 Five centuries of images in Antwerp.

The MAS opens with a temporary blockbuster exhibition: "Masterpieces in the MAS. Five centuries of images in Antwerp."

The exhibition shows how in the sixteenth and seventeenth centuries Antwerp was a world centre of the visual arts, but also how the city-on-the-Scheldt is still as innovative as ever in that area today.

Initially artists used precious materials to portray the divine and the superhuman, for instance, in the form of icons, and effigies of kings and emperors on gold coins.

The first major change came with the Flemish Primitives who set out to express the divine by reproducing everyday life with almost photographic realism. God was everywhere, even in the tiniest detail.

Antwerp’s economic success and prosperity produced a burgeoning number of new patrons and clients and these affluent burghers were keen to fill their homes with art. A new concept emerged: works of art depicting new subjects to suit all tastes which could be purchased ready-made in a shop.

Moreover, during this period developments in print-making democratised art. Prints, which were much more affordable than original paintings, were now readily available. Print-making opened up and expanded the market for art from Antwerp, from where prints were shipped as far afield as the New World. Indeed, cities like Antwerp helped lay the foundations for the international mass media as we know it today.

These days we are bombarded by an endless stream of sensational images. Once the mass media had become hyperactive, our own artists began to distance themselves from that flood of images. Contemporary artists, like their predecessors, are concerned with the everyday. They look for meaning in the seemingly accidental. Tranquil images provide a welcome alternative to the reverberating consumer society. They reawaken an awareness of the essence of the image.

Contemporary artist Koen van den Broek designed the campaign image, which was inspired by Jean Fouquet’s masterpiece, the Madonna surrounded by seraphim and cherubim from the Koninklijk Museum voor Schone Kunsten in Antwerp.

A highlight of the exhibition is the Wunderkammer. It recalls the cabinets of curiosity which became all the rage in the Golden Age. Increased exploration and trade brought the wonders of the world into the port of Antwerp, arousing curiosity and sometimes leading scientists and humanists to question established ideas.

An exhibition guide which features the exhibition texts in Dutch, English, French, German and Spanish, as well as some pictures, can be attained in the MASshop or the MAS museum (price: €2,5).