Contemporary Awakens the Past. An ambitious exhibition exploring the complex, diverse, cross-cultural perspectives of Asian cosmology and spirituality through a compelling interplay of 150 artworks from the past and present. 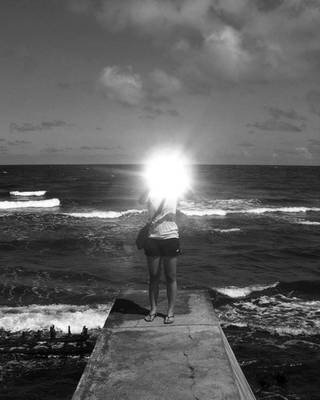 This May, the Asian Art Museum debuts Phantoms of Asia: Contemporary Awakens the Past, an ambitious exhibition exploring the complex, diverse, cross-cultural perspectives of Asian cosmology and spirituality through a compelling interplay of 150 artworks from the past and present.

Phantoms of Asia-the first large-scale exhibition of contemporary art organized by the Asian Art Museum-fills its special exhibition galleries with artworks by living artists and integrates new works throughout the museum's renowned pan-Asian collections. Providing visitors with immersive experiences, the exhibition offers rare insights into a range of belief systems and mythologies that have shaped Asian cultures over the ages.

On view May 18–September 2, 2012, and featuring more than 60 works by 31 living artists, including Hiroshi Sugimoto (Japan/USA), Apichatpong Weerasethakul (Thailand), Adeela Suleman (Pakistan), Raqib Shaw (India), and Choi Jeong Hwa (Korea), alongside 90 objects from the museum's collections-some dating back 2,000 years-Phantoms of Asia challenges visitors to view traditional objects not as relics of the past, but as vibrant connections to the present.

'The concept of phantoms-or 'spirits'-is elusive, yet it's felt and shared across cultures and time periods,' said Jay Xu, museum director. 'Through its emphasis on interconnectivity, this exhibition provides a rare opportunity to experience those 'invisible forces' in a tangible, accessible, and provocative way, with Asian art at the center.'

The exhibition includes artworks by contemporary artists hailing from Canada, China, Hong Kong, India, Indonesia, Iran, Japan, Korea, Taiwan, Thailand, Pakistan, the Philippines, Singapore, Tibet, and the U.S. Many of the contemporary installations are new or site-specific commissions. When combined with objects from the museum's collections, these artworks represent a vast array of materials, forms and media, including works of stone, metal, fabric, wood, and modern materials; and masks, textiles, sculptures, ceramics, film and video, photographs, and paintings.

Expressing the museum's new aspiration to 'awaken the past and inspire the next,' the building itself will undergo a transformation to meet the full-scale challenges of the exhibition, starting with a 24-foot installation outside the museum, moving into the building's public courtyards, and finally throughout the special exhibition and collection galleries.

Asian Cosmologies: Envisioning the Invisible
The exhibition begins with Choi Jeong Hwa's (Korea) 24-foot red lotus (titled Breathing Flower) in Civic Center Plaza, across the street from the museum. With motorized bright red fabric leaves opening and closing, simulating the movement of a live lotus flower, the installation creates a link between the modern world and one of the most important cosmological symbols in Asia.

Inside the museum, Sun K. Kwak's (Korea/USA) site-specific drawing made with masking tape dramatically transforms the museum's North Court, manifesting invisible energies in the space. Kwak's installation relies on the artist's process of 'lyrical meditation' to detect the subtle energies in the room, and serves to shift visitors' consciousness from the mundane concerns of daily life to the spiritual/cosmological themes of Phantoms of Asia.

The exhibition then takes a look at the future, with Heman Chong's (Singapore) installation, Calendars (2020–2096). One thousand and one calendar pages, each showing one of Chong's photographs of public and domestic spaces, transfigure the installation space. Repetition, an imagined future time, and haunting stillness encourage meditation on being and absence, mortality and eternity.

Moving into Lee Gallery, Hiroshi Sugimoto's (Japan/USA) Five-Elements series stands as a shrine to the origins of existence. Seven crystal pagodas resting on wooden plinths form a single, stark line across the gallery. Using geometric symbols from thirteenth-century Buddhism, Sugimoto encases a single image from his iconic Seascape series in each glass structure. The sea and air, origins of all life, are seen through a prism of ancient Buddhist views of the universe.

In Hambrecht Gallery, several objects from the museum's collections present traditional Asian cosmographic symbols. In one area, Chinese bronze mirrors (some dating back to 480 BCE) depict the cosmos on their nonreflecting sides even as they reflect the real, earthly world on their polished surfaces. The mirrors orient viewers to Poklong Anading's (Philippines) Anonymity series, where subjects hold mirrors to their faces to reflect flashes of light into the camera. With people's faces obscured, Anading's photographs ask viewers to consider how they construct personal and collective identity. In another section, Guo Fengyi's (China) drawings map the flow of energy through the artist's own nervous system. Influenced by her study of qigong, the drawings illustrate the experience of artistic practice as spiritual practice. Palden Weinreb's (USA/Tibet) minimalist works (including paintings and light boxes) are meditations on existence and the universe: 'Abstraction,' Weinreb suggests, 'parallels the sublime emptiness of Buddhism.'

World, Afterworld: Living Beyond Living
Works in the next phase of the exhibition explore the connection between this life and the afterworld. The theme begins in Hambrecht Gallery with Araya Radsjarmrearnsook's (Thailand) video installation, The Class, in which the artist gives a seminar on death to several shrouded corpses. Her lecture prompts our own contemplation: How do we speak about death? What do we envision in the afterworld?

Also just outside Osher Gallery, Takayuki Yamamoto's (Japan) San Francisco version of his ongoing video project, What Kind of Hell Will We Go To, documents the artist's workshop with elementary school children from the Bayview area. After showing students the Kumano Kanjin Jikkai Mandala, a collection of traditional Japanese paintings depicting Buddhist notions of vice, virtue, and punishment, Yamamoto then encourages them to create and talk about cardboard dioramas representing their own ideas of hell. These dioramas are presented along with the video.

Myth, Ritual, Meditation: Communing with Deities
Marking the transition to the third theme, seventeen traditional masks greet visitors at the entrance of Osher Gallery. Masks play an integral role in ceremonies and rituals across many Asian cultures, and provide the context for Motohiko Odani's (Japan) carvings. Odani's SP Extra: Malformed Noh Mask Series: San Yujo transforms the surface of Noh masks to depict the sinew and flesh of the human face, exposing the vulnerable underside of the masks' spiritual beauty.

Communication between humans, plants, and animals plays a part in the mythologies of many cultures. Several artists take up this theme in Osher Gallery. In Jagannath Panda's (India) The Cult of Survival II, the artist symbolizes endless cycles of consumption and production in the form of a snake crafted from pipes. Adeela Suleman (Pakistan) uses stainless steel reliefs of natural objects-birds, flowers, trees-to act as storytellers. Interrupting these traditional motifs are contemporary images of death (including suicide vests), prompting awareness of the ever-present threat of violence and extinction and the transitory nature of all things.

Within the gallery, Adrian Wong (USA/Hong Kong) constructs two rooms following the precepts of feng shui (a system of geomancy that attempts to incorporate laws of heaven and earth), one auspicious and the other inauspicious. Using Korean ceremonial objects from the museum's collection, Wong experiments with the space between spaces and challenges visitors to tune into nearly imperceptible harmonies and disharmonies.

Sacred Mountains: Encountering the Gods
Sacred mountains have a place of prominence in Hinduism and Buddhism, among other religions, and several artists working with this theme are featured in the second-floor Tateuchi Gallery. Lin Xue (China/Hong Kong) connects to a spiritual past through his paintings of imagined mountains, rendered with a sharpened bamboo twig. His Untitled 2010-9 takes experiences from mountainous landscapes to create newly imagined landscapes, such as an island floating among an ocean replete with marine life. Aki Kondo's (Japan) newest work, which depicts mountain deities, was motivated by the March 2011 Tohoku earthquake and tsunami.

Exploring the same theme, but located in the Korean gallery on the second floor, Bae Young-whan's (Korea) depictions of nature demonstrate a view of the body as a microcosm of the universe; for example, his installation of tiny ceramic mountain ranges echo the shape of his brain waves.

ASIAN ART MUSEUM'S NEW VISION: INTERCONNECTIVITY WITHIN ASIA AND WITH THE REST OF THE WORLD
Partnering curator Kataoka suggests, 'Asia is not a timeless construct,' but rather an ever-evolving concept that can 'awaken a new awareness of our existence in this world.' Harding considers how the collection at the Asian Art Museum connects to art of today's Asia and 'how these traditional and contemporary objects can reveal new aspects of each other.'

To express these points of view, regional artists' works are situated among traditional objects in the museum's region-specific galleries, including Raqib Shaw's (India/UK) hedonistic, dreamlike canvases in the South Asian galleries. The Kashmiri artist fuses influences as diverse as Japanese screens, Mughal miniatures, and Hieronymus Bosch paintings. Shaw's style is both opulent and fastidious: his materials include glitter, rhinestones, and industrial paint, all applied painstakingly with a porcupine quill.

'We hope visitors will connect with the essence of creative activity in Asia, a region that is rapidly changing on the surface, but where ancient phantoms still linger and spread their spells,' said Kataoka.

About the Asian Art Museum
The Asian Art Museum–Chong-Moon Lee Center for Asian Art and Culture is one of San Francisco's premier arts institutions and home to a world-renowned collection of more than 18,000 Asian art treasures spanning 6,000 years of history. Through rich art experiences, centered on historic and contemporary artworks, the Asian Art Museum unlocks the past for visitors, bringing it to life, while serving as a catalyst for new art, new creativity, and new thinking.

Asian Art Museum
200 Larkin Street, San Francisco
Hours: The museum is open Tuesdays through Sundays from 10:00 am to 5:00 pm. From January through October, hours are extended on Thursdays until 9:00 pm. Closed Mondays, as well as New Year's Day, Thanksgiving Day, and Christmas Day.
General Admission: FREE for museum members, $12 for adults, $8 for seniors (65+), $7 for college students with ID, $7 for youths 13–17, and FREE for children under 12 and SFUSD students with ID. Admission on Thursdays after 5:00 pm is $5 for all visitors (except those under 12, SFUSD students, and members, who are always admitted FREE). Admission is FREE to all on Target First Free Sundays (the first Sunday of every month).
Access: The Asian Art Museum is wheelchair accessible. For more information regarding access: 415.581.3598; TDD: 415.861.2035